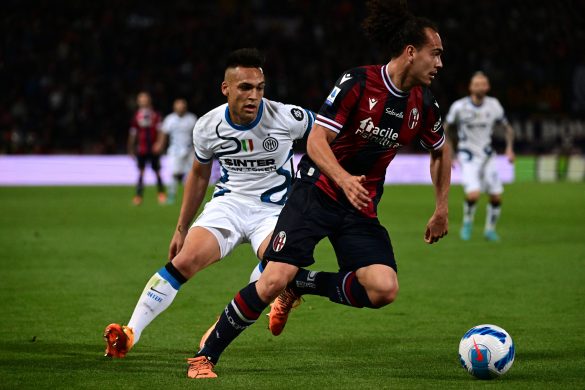 Rennes have reached an agreement with Bologna to sign Belgian international defender Arthur Theate, who is set to fly out to Brittany to undergo his medical, according to journalist Sacha Tavolieri.

Les Rouge et Noir have struck a deal with the Serie A side worth €20m along with an additional €2m in bonuses, having previously been unsuccessful with a bid worth €18m including add-ons.

Theate will sign a four-year contract with the Ligue 1 side, and his move will be made official either on Thursday or Friday. He leaves Emilia-Romagna after one season, having initially joined on loan from Oostende before his transfer was made permanent earlier this summer.

The 22-year-old, a Belgian international since last year, was keen on the move and talks were only being held up over the length of the contract.

Rennes had been on the hunt for a signing in central defence after seeing Nayef Aguerd leave for West Ham earlier in the summer. After losing out to Kim Min-jae to Napoli and having reservations on the fitness of Barcelona defender Samuel Umtiti, they now appear to have got their reinforcement for the backline.