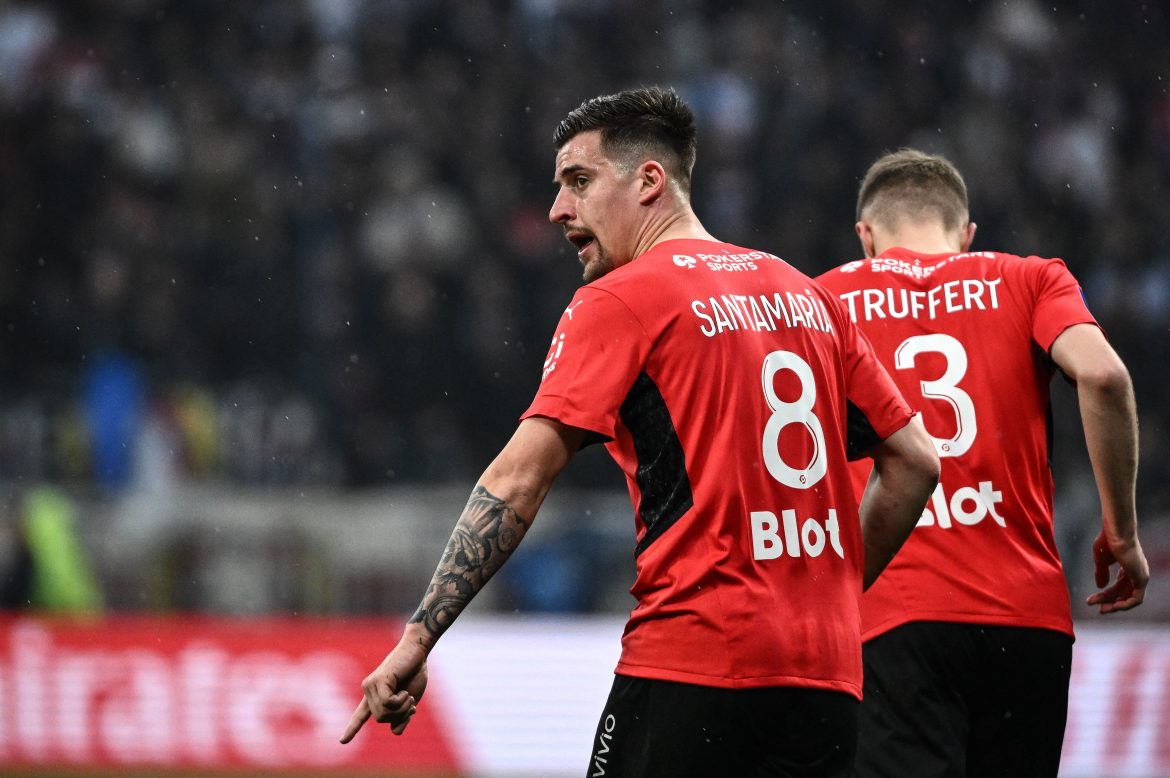 L’Équipe report this afternoon that Rennes midfielder Baptiste Santamaria is on a list of transfer targets being monitored by Milan, although a move away from Brittany for the Frenchman this summer remains unlikely.

Rossoneri director Paolo Maldini is said to be keen on the player’s skillset, but the club is not expected to have enough cash readily available to make a deal possible as of now.

Last year’s Serie A champions sent scouts to watch Santamaria on numerous occasions last season, and the move would give the former Angers man the opportunity to play in the Champions League.

It remains to be seen whether the Italian club will go beyond their initial approaches, and whether Rennes entertain negotiations for an important member of Bruno Génésio’s squad.

Santamaria returned to French football last summer after a brief spell at Freiburg. Before then, he had spent four seasons at Angers after three years in the first team at formative club Tours. Last season, he made 45 appearances in all competitions.