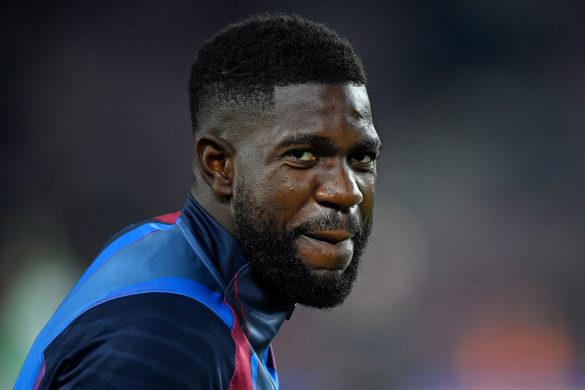 Having left Barcelona on a season-long loan deal, Samuel Umtiti joined Lecce, a newly-promoted club in Serie A, in the last summer transfer window.

There were rumours of Rennes coming close to landing the defender. However, the deal never came to fruition, with the centre-back reportedly missing his medical at the French club.

SRFC manager Bruno Génésio was the guest of RMC Sport’s “Rothen s’enflamme” show on Monday evening. While asked about the failed transfer of the Frenchman, Génésio admitted:

“Were there any doubts about his fitness? That’s a bit of it, yes. I was convinced I could bring him back to his best level because he is a boy I know very well, because I’ve talked a lot with him and because he is such a hard worker that there was no reason why he couldn’t find a good level.”

Génésio has been a familiar figure to the 28-year-old since the defender’s time at Lyon. Barcelona were desperate to get rid of the injury-prone centre-back last summer. Since moving to the Serie A newbies, Umtiti, despite making the matchday squad on five occasions, has not yet played a minute for Lecce.