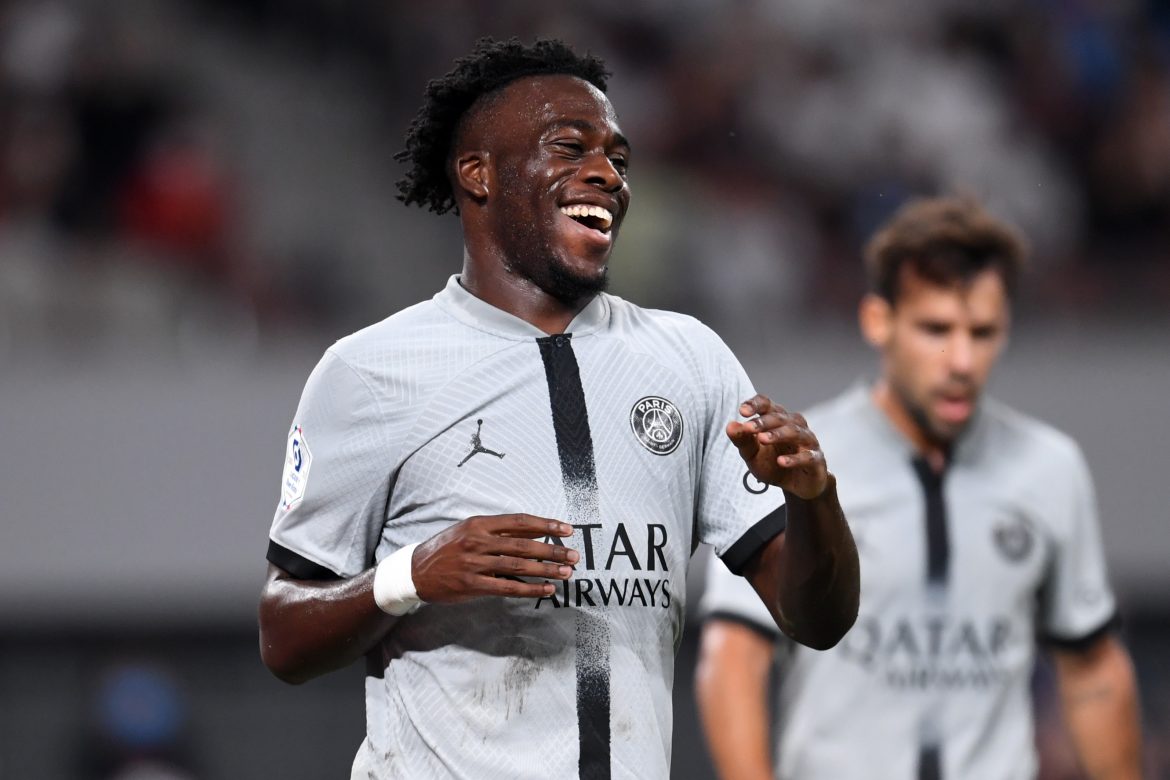 As reported by L’Équipe, PSG’s young forward Arnaud Kalimuendo is close to joining Rennes this summer after two productive seasons on loan with Ligue 1 Lens.

The sports daily report only a few details remain to be settled between Rennes, who finished fourth in France last season, and Paris over the 20-year-old’s sale with the two clubs edging closer to a full agreement in recent hours. With the striker under contract for two more seasons in the French capital, the fee is expected to be €25m.

Interest has been strong in the player this summer after he rejected the chance to join recently promoted Premier League club Nottingham Forest while Leeds United were hoping to make a second proposal this week for Kalimuendo after they had an initial bid turned down that fell short of the €25m asking price.

The France under 21 international managed 21 goals in 65 games for Lens over the last two seasons, as well as six assists.