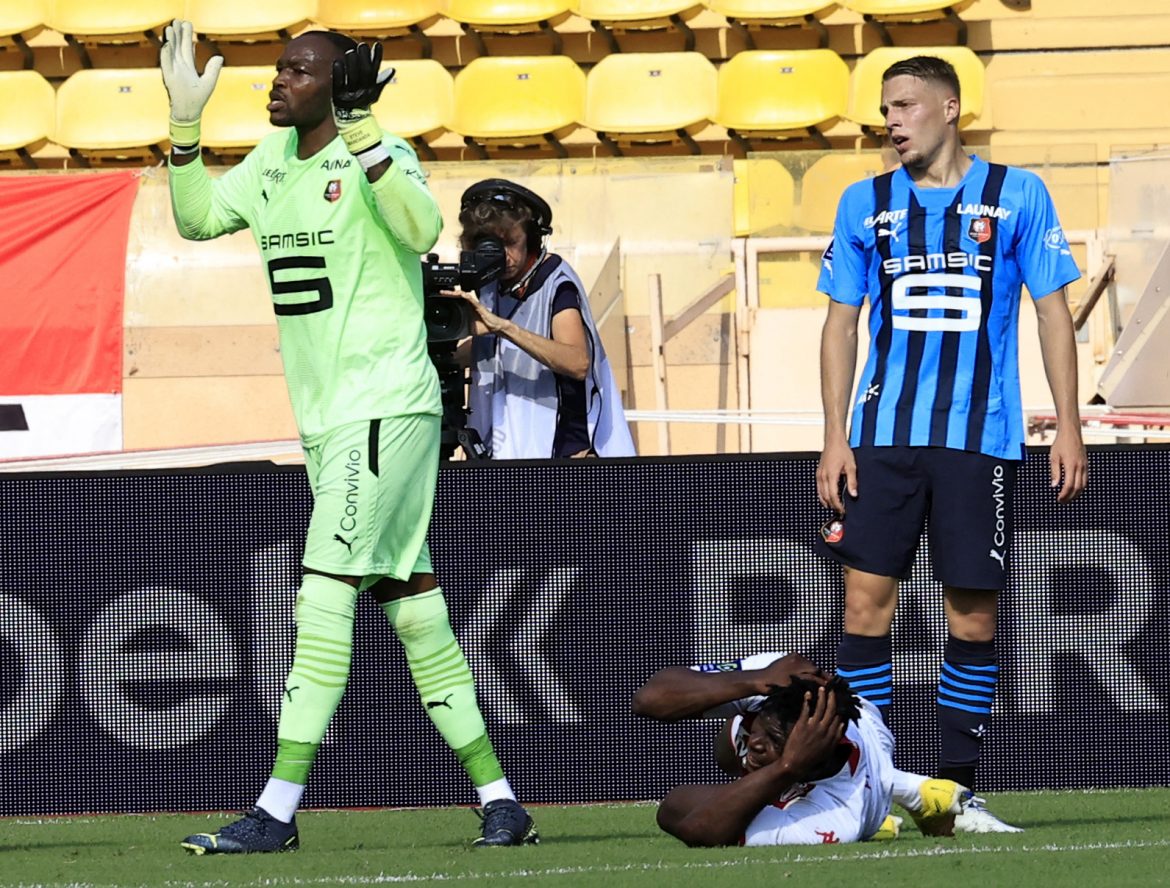 Rennes goalkeeper Steve Mandanda (37) sustained an injury during the club’s 1-1 draw against Monaco at the Stade Louis II on Saturday.

Mandanda had an action-packed half. A clash with Breel Embolo gifted Monaco a penalty, which he then saved, before he also made an impressive stop from Krépin Diatta.

However, during the clash between Embolo, which Monaco manager Philippe Clement believed warranted a red rather than a yellow card, Mandanda sustained an injury. He was then substituted at half-time

Speaking in the post-match press conference, Bruno Génésio revealed the reason for Mandanda’s substitution. He said, “He hurt his knee in the penalty action, and we’re waiting to know more about the injury.”

Rennes captain Hamari Traoré added, “I hope that it won’t be serious and that we can get him back quickly, but he did take a big hit.” Mandanda joined Rennes for free this summer after his contract at Marseille expired.