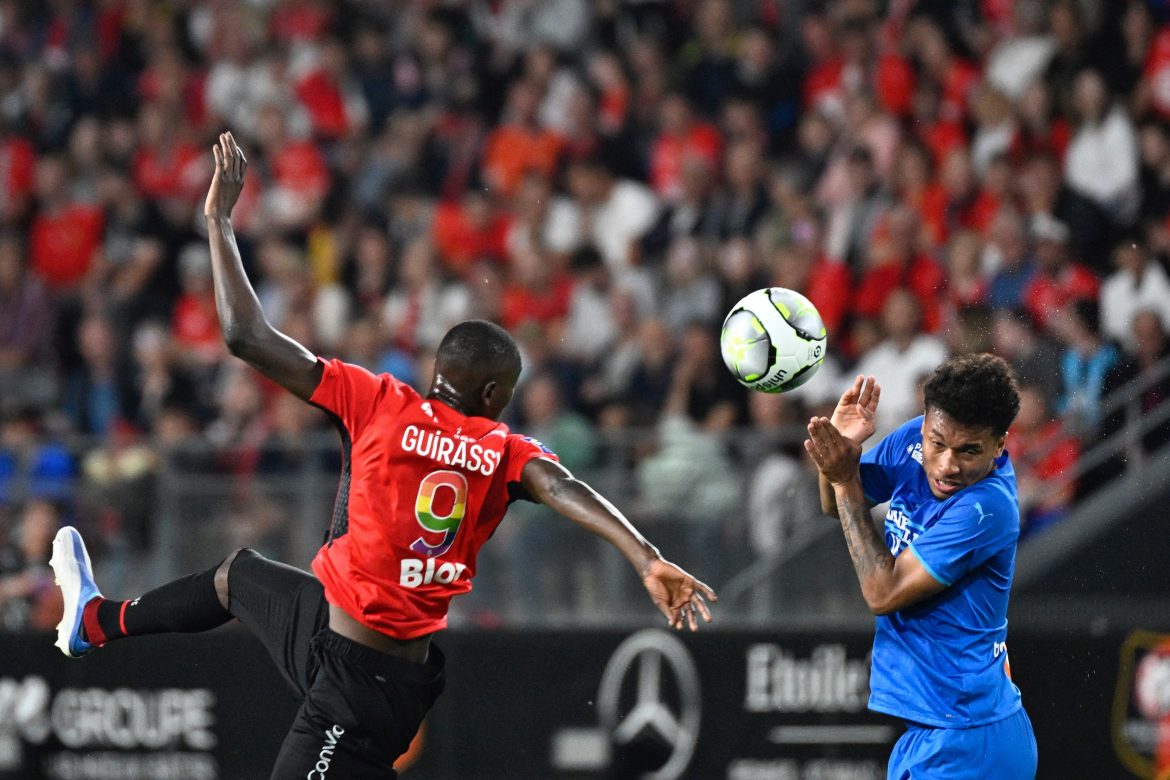 According to L’Équipe Rennes striker Sehou Guirassy is currently training apart from the squad, and is confirmed by boss Bruno Genesio to not be playing a part in Rennes’ fixture against Ajaccio this weekend. Meanwhile Everton are still a serious candidate and are heavily interested in signing the player.

Rennes Boss Bruno Genesio said the following on Guirassy:  “In his situation, it’s better that we train him individually, he’s had a great attitude since I’ve been here. Whatever his situation, he has always left his feelings aside from the training camp. After that, top-level football is like that and I hope we can find a solution for him, so that he can develop more than he has here.”

It was reported this month that Everton have made Guirassy their priority and are now looking to wrap up the deal for the Guinea international. The Merseyside club are “hoping to finalise the deal before the end of the week.” It is unclear whether the Rennes forward will move on loan or on a permanent deal. It was earlier reported by Fabrice Hawkins that Everton’s initial offer was for a loan with an option to buy, although the Breton club favoured a permanent transfer.

Either way, Guirassy now looks to be nearing a move to Everton, who look to have fought off competition, notably from Strasbourg, to sign the player.

It looks set to be a case of one in and one out at Rennes. The news of Guirassy’s departure comes just as Arnaud Kalimuendo (20) officially completed his transfer to Rennes from PSG.