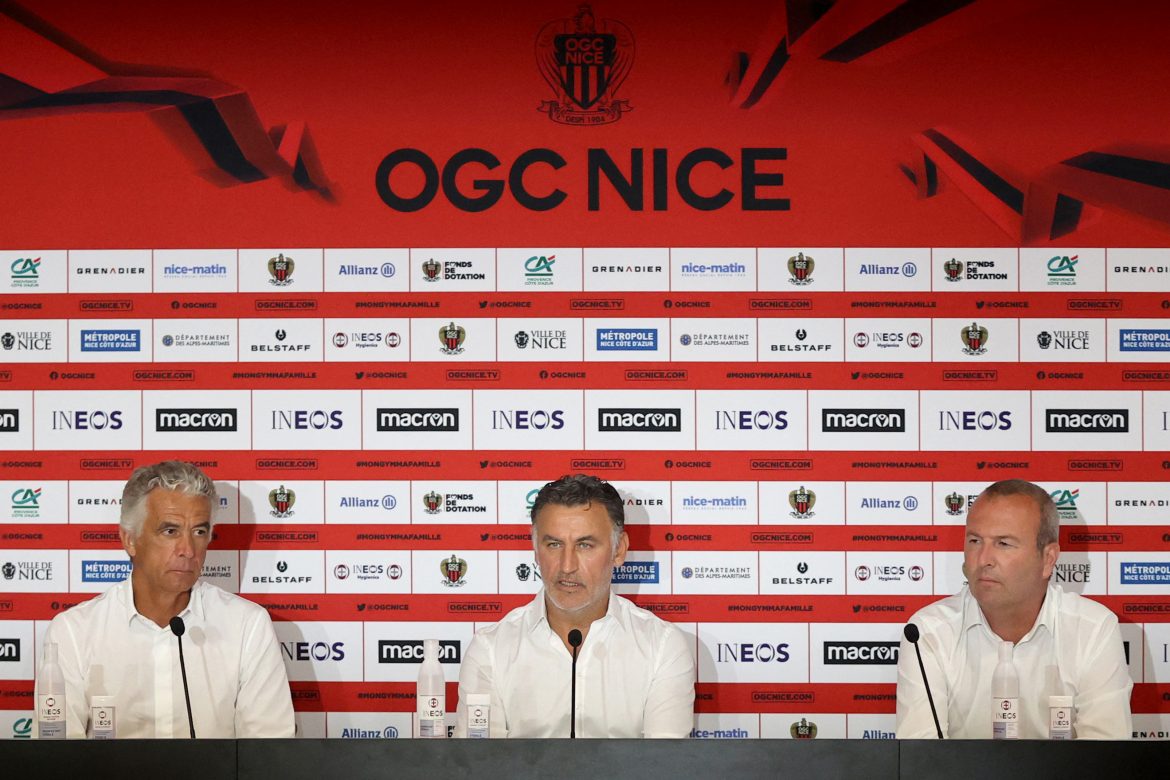 L’Équipe report tonight that the rift between Christophe Galtier and Julien Fournier at Nice last year was borne out of a number of issues, notably over the handling of the issue of Muslim players fasting for Ramadan. Both men – who knew each other before their season in Nice, from their Marseille days – have now left the club, Fournier to Parma and Galtier to Paris Saint-Germain.

In an interview with RMC last night, Fournier spoke of a “chaotic” relationship with Galtier and said that “If I explain the reasons why Christophe and I argued, he wouldn’t be able to enter any dressing room in France or in Europe”. Galtier responded in this afternoon’s press conference – ahead of PSG-NIce, no less – remarking that was “not surprised” about the manner of Fournier’s comments.

The initial tension reportedly came from the make-up of the squad when Galtier arrived from Lille, with the manager said to have been frustrated with the number of young players, and what he considered to be players who did not reflect the town’s identity. Galtier’s entourage has denied these claims and said that in his 20 years in the profession he has “managed players of all cultures, religions, with no distinction whatsoever”.

The conflict deepened in March over the arrival of Billal Brahimi from Angers, who Galtier did not want but was brought in by Fournier anyway. The former Saint-Étienne coach wanted a more experienced signing to help the team reach its objectives.

Things definitively turned soir during Ramadan (this year, the month of April). Nice have many Muslim players – Youcef Atal, Mario Lemina, Hicham Boudaoui, Jean-Clair Todibo, Teddy Boulhendi, Pablo Rosario, and Amine Gouiri (now at Rennes). Galtier had adapted his training sessions but also tried to convince them not to fast in order to maintain optimal fitness in a crucial period for the club.

Galtier would make the practising Muslims of the team come to the canteen with the others even if they weren’t eating. This was accepted by the players in the name of team unity, although other moves were less well received, such as asking Boudaoui to eat before the match against Bordeaux in May. The Algerian midfielder played anyway and no other Muslim player saw their playing time decrease during this period.

Behind the scenes, Fournier was upset with Galtier’s handling of the Ramadan period and told his superiors that religion should not be seen as a criteria. The coach’s entourage would reject this criticism and point out that he had never encouraged a player not to fast or drop one who was fasting in any of his clubs.

In the end, a final meeting in April after the Coupe de France loss convinced owners INEOS that the cycle was coming to an end. Fournier would negotiate in order to leave the club on September 1 (he would end up leaving earlier). The decision-makers at PSG were aware of the conflicts at Nice, notably regarding Ramadan, but went ahead with signing Galtier anyway. L’Équipe contacted PSG, who said that Nasser Al-Khelaifi had never had a conversation on the subject.