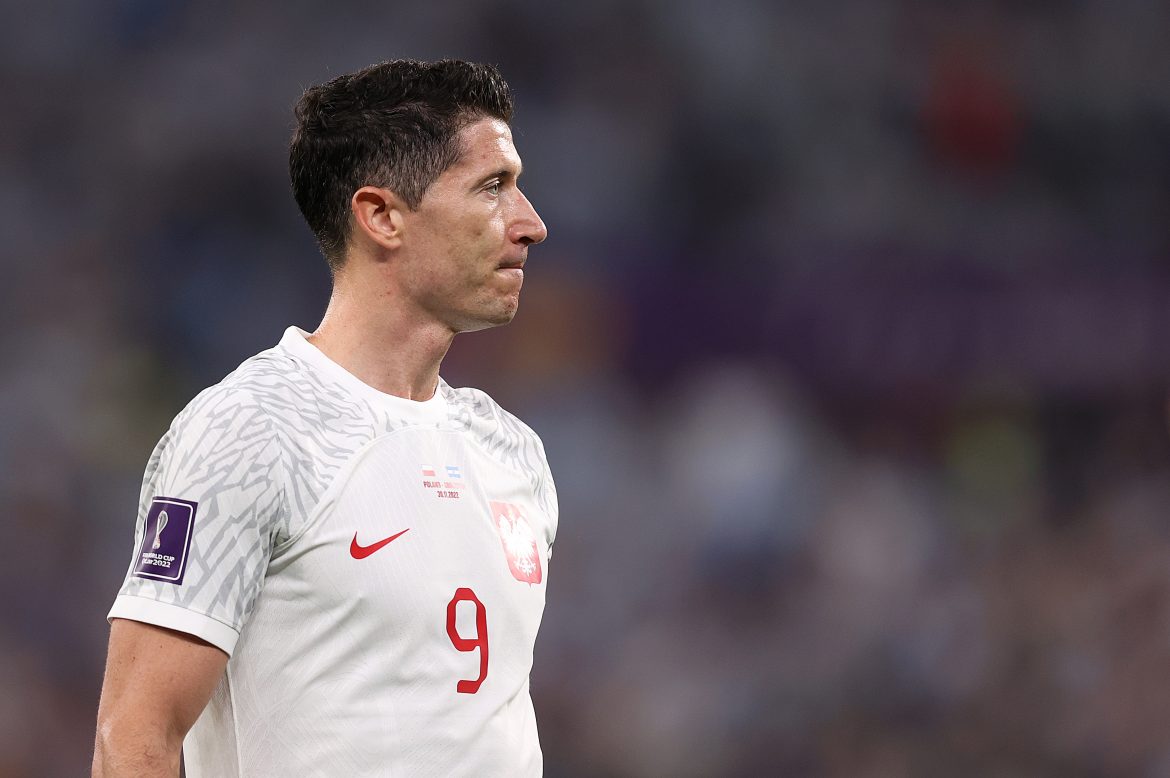 Robert Lewandowski (34) believes that France are favourites for their round of 16 tie against Poland, although the former’s loss against Tunisia gives the Barcelona forward hope.

Poland narrowly advanced from their group, receiving fewer yellow cards than Mexico, to set up a knockout tie against France on Sunday (15:00, UK time). Meanwhile, France finished top of their group despite a surprise loss to Tunisia in their final group stage game. Didier Deschamps did, however, field a much-changed side for the fixture with top spot in the group already confirmed.

For Lewandowski, that defeat gives Poland hope of causing an upset on Sunday. “France are the favourites. We really need to improve and we hope to cause them problems, and notably offer more in attack. They have an excellent team, but as we saw in their match against Tunisia, everything is possible,” said Lewandowski in a mixed-zone interview, transcribed by RMC Sport.

Like France, Poland also lost their final group-stage game. Lewandowski and his teammates offered very little offensively as they succumbed to a 2-0 defeat to table-toppers Argentina. The winner of France-Poland will then play the winner of England-Senegal in the Quarter-final.