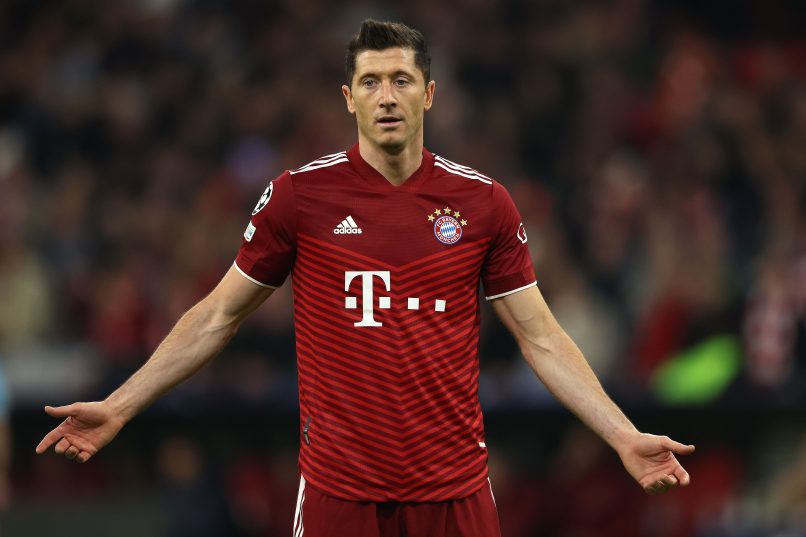 RMC Sport report this afternoon that striker Robert Lewandowski is looking to leave Bayern Munich this summer, with a year left on his contract.

The Bavarians, who were knocked out of the Champions League last night by Villarreal, have already initiated talks on several fronts to bring in new signings.

However, the Polish forward wants to leave Germany this summer, having been upset by what he sees as a lack of consideration on the part of the club management.

Notably, the Bundesliga leaders have yet to open talks with him over an extension. The club is said to be running the clock down as they would not be against having the former Borussia Dortmund man for another season before letting him leave on a free.

Barcelona have shown concrete interest and have made him their priority signing up front. Blaugrana manager Xavi has notably spoken to Lewandowski himself, while club president Joan Laporta has held talks with agent Pini Zahavi on multiple occasions.

Lewandowski has not yet expressed his desire to leave to his current employers, and is waiting for a sign from them. A meeting is expected to be held at the start of May in order to find a solution.