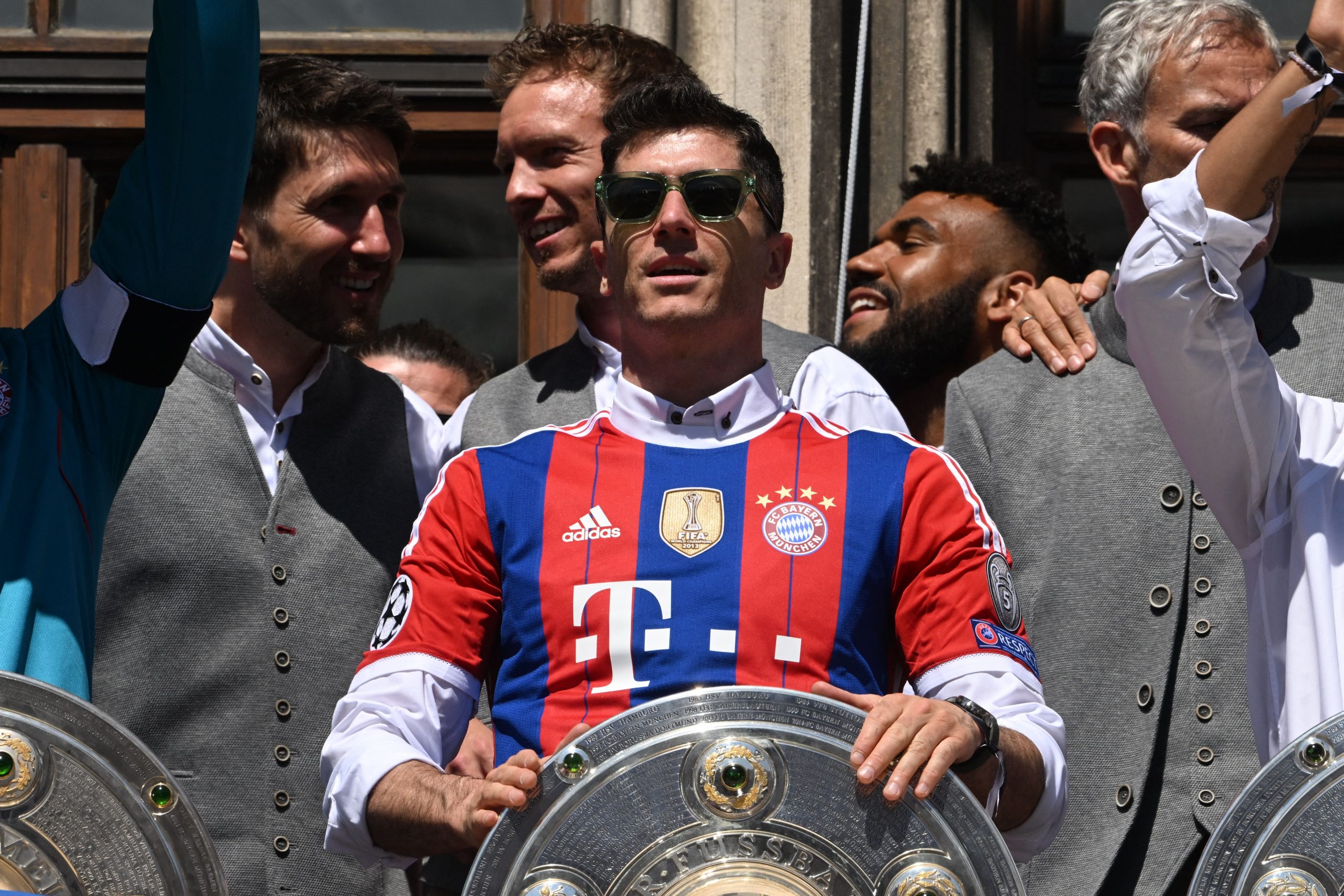 L’Équipe report that despite Robert Lewandowski’s desire to leave Bayern Munich this summer, the Pole has a lack of potential suitors.

Having already indicated after the final match of the season against Wolfsburg that he may have played his final game for the Bavarians, the 33-year-old has 1 year left on his current deal.

Barcelona are his preferred destination, having made the decision to leave after his club’s attempts to sign Erling Haaland and their extension offer of just one additional year.

Club president Herbert Hainer has stated that the Pole would be honouring the final season of his contract, a sentiment echoed by director Oliver Khan.

Despite the interest being reciprocated by the Catalans, they are unlikely to be able to afford Bayern’s €60m asking price, with their finances still in the red.

As for the Premier League sides, Manchester City are now out of the equation with the arrival of Haaland. Liverpool would have to sell other attacking players first, while Chelsea would need to let go of Romelu Lukaku. Manchester United’s absence from the Champions League means they are not an option, while the presence of Harry Kane at Tottenham Hotspur also rules out the North London club. Arsenal are not an option either.

PSG could then emerge as a potential destination. However, Les Parisiens are focused on securing Kylian Mbappé’s extension, while the management would also need to find an exit for Mauro Icardi to free up space in the number 9 position. Nor is there any guarantee that Lewandowski would be the preferred option should those conditions be met.

L’Équipe conclude that the only Italian team who could realistically bring in the Polish international would be Milan, although the club’s ownership situation would have to be cleared up first.