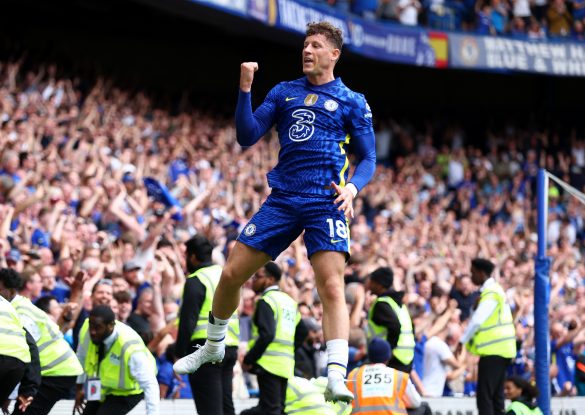 Nice-Matin are reporting that former Chelsea midfielder Ross Barkley (28) is nearing a move to Ligue 1 side OGC Nice.

According to the French publication, Nice have made an offer for the Englishman, adding that an agreement is “very close.” As a free agent, he is able to join Les Aiglons despite the closure of the transfer window.

Barkley had his Chelsea contract terminated before the closure of the transfer window, allowing him to join another club as a free agent. Last season, he only made six appearances for Chelsea, scoring once.

Nice have had a British-centric focus this summer due to the arrival of Iain Moody, who has been in charge of Nice’s recruitment since the departure of Julien Fournier at the beginning of July. The club have already signed Joe Bryan on loan from Fulham, as well as Aaron Ramsey on a free transfer after his contract with Juventus was terminated.