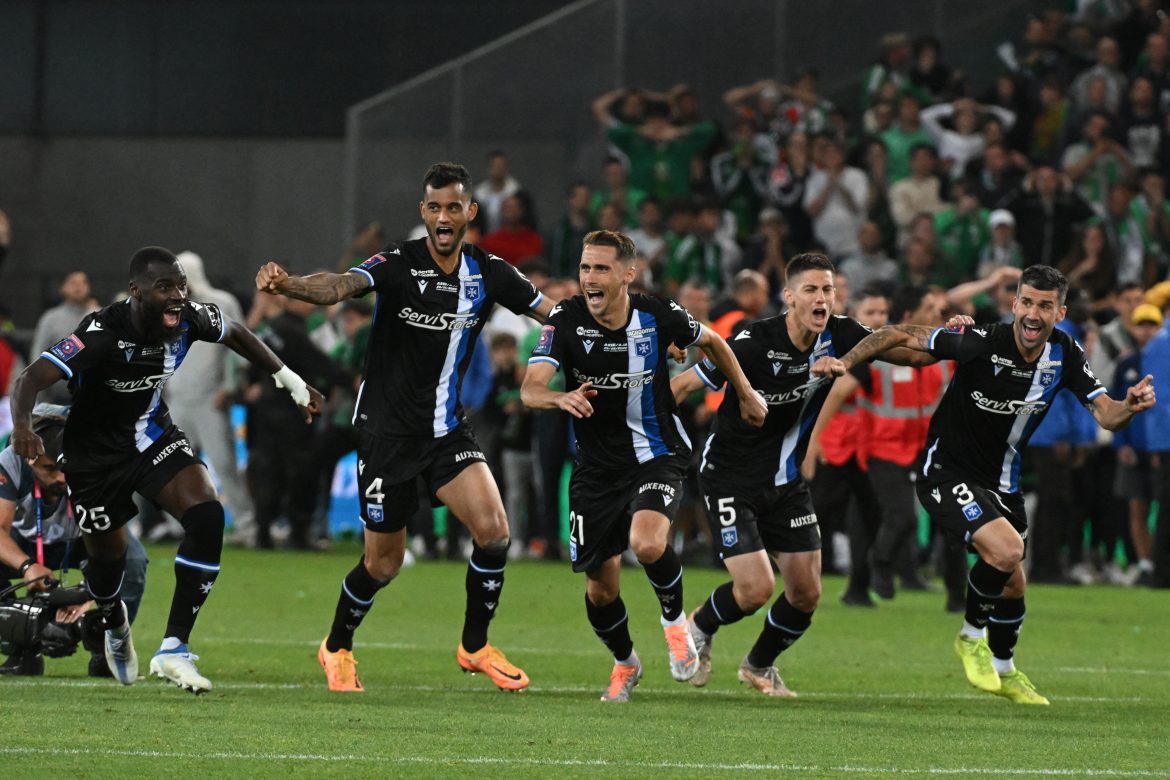 Auxerre sealed their return to Ligue 1 for the first time in a decade as they won a two-legged playoff on penalties against Saint-Étienne, who themselves wave goodbye to top flight football after an 18-year stay.

Ligue 1’s joint-most decorated club goes down after a disastrous season, which the arrival of Pascal Dupraz midway through was unable to change.

Both legs of the play-off ended 1-1, with Ryad Boudebouz missing the only penalty of the shoot-out as Jean-Marc Furlan’s men secured promotion after their third-place finish in the league.

The tie was nevertheless overshadowed by the immediate mass pitch invasion that followed the winning penalty, as hordes of Saint-Étienne fans ran on. Les Verts’ players were evacuated straight away as flares appeared to be fired in their direction.