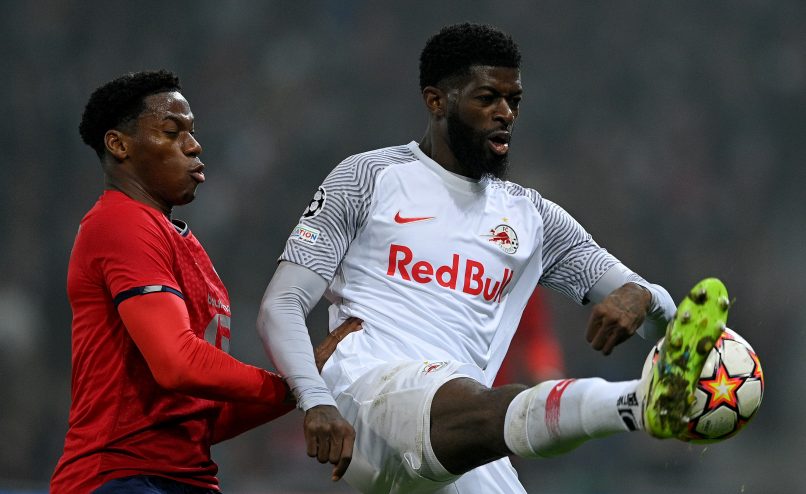 Fabrice Hawkins reports this afternoon that Cameroon international Jérôme Onguéné is set to sign for Eintracht Frankfurt, joining from Salzburg.

The former Sochaux man will sign a five-year deal with the Bundesliga side, leaving Austria after initially joining in 2018.

The 24-year-old has won the domestic league four times in that period and consistently appeared in the Champions League, punctuated by a short loan spell at Genoa.