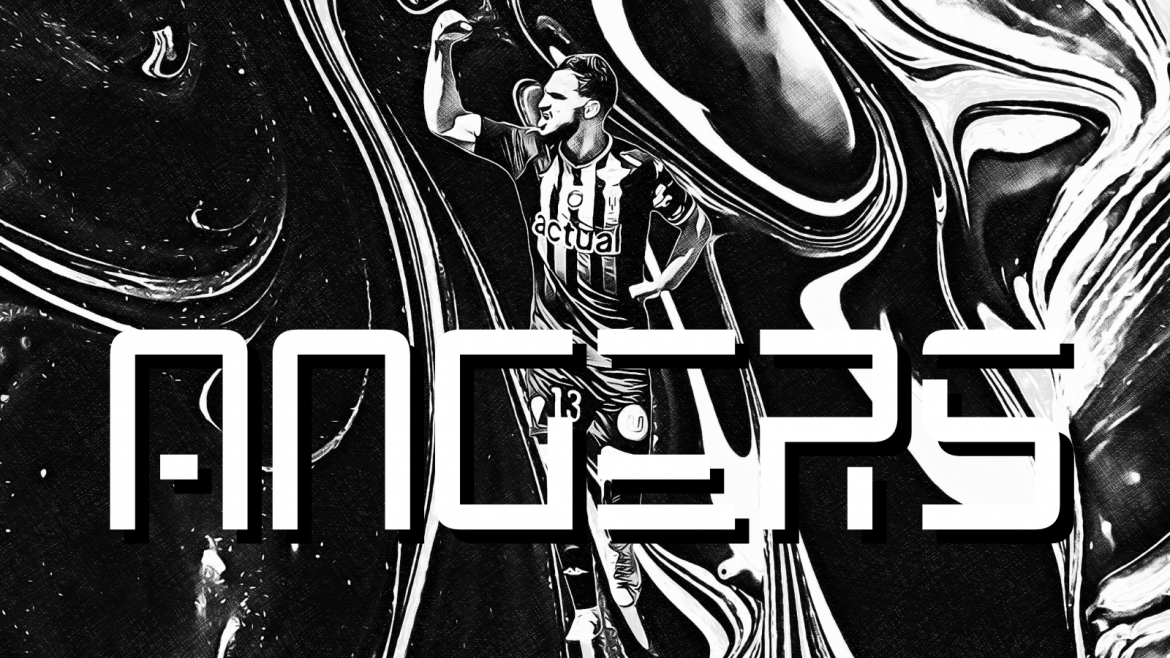 Angers entered this season after one of the most monumental staff changes in French football history. Long-serving coach Stéphane Moulin left after a decade at the helm and many members of the background staff followed. In total, the number of years of experience that passed through the exit door totaled well over a century. Not only did Angers have to go about finding a replacement for such an emblematic coach but the club were provisionally relegated to Ligue 2 by French football’s financial watchdog the DNCG last summer. They were only saved by the formalising of the transfer of academy graduate Rayan Aït Nouri to Wolves for €10m and another €8m injected by the club president, Saïd Chabane.

Under new coach, Gérald Baticle, Angers flourished for the opening two months of the season. However, the story soon began to turn sour, especially after the new year, a slide no better epitomised by a calculated risk gone wrong as a goalkeeping swap factored heavily in a dreadful seven-game losing streak. In the end, Angers managed to confirm another season in Ligue 1, relying on their great first two months and the poor performances of the teams below them to survive. A result many supporters would have accepted heading into this season with a large staff turnover and fraught financial situation. Here are their four best players of the season ranked:

4th: Ismaël Traoré (CB, 35) – New Angers coach, Gérald Baticle, chose to play a back three. Traoré, now well into his thirties was undoubtedly a beneficiary of this tactical change. It helped to mask his loss of pace over the years and instead allowed him to captain his teammates from a more assured position where he could do battle with opposing striker. This complemented his trademark, adrenaline fuelled runs out of defence to start a counter-attack. Confirmed as his last season at the club, the veteran finished his Angers story having appeared more than any other player in the squad. He has been the team’s bedrock throughout their Ligue 1 journey since promotion, and it was no different this season.

3rd: Thomas Mangani (CM, 35) – In his final game for Angers against Montpellier, Mangani stepped up and converted a penalty in typical Mangani fashion, placing it into the top-left corner with ease. This was a perfect bookend to his eight-season spell with Le SCO, a journey that told the story of a delightful talent with poise and grace. Mangani’s subtle magic ranged from gliding passes and supreme tempo control when his side required it. Le Maestro will be missed.

2nd: Jimmy Cabot (RWB, 28) – Due to an injury picked up in February, Cabot’s season was ended. Therefore Ligue 1 watchers perhaps have forgotten how effective he became for Angers and is certainly on the shortlist for the division’s most improved player this season. His superb endurance and combative defensive style were realised in pre-season by Baticle, influencing his decision to set up Angers in a 3-4-1-2 with Cabot, usually an attacking winger, at right-wing-back. His driving runs into the attacking third and front foot defending were one of the hallmarks of the side’s explosive start to the campaign. Lens picked up Cabot for less than €2m this summer with one year left on his contract and Angers in financial difficulty. It looks like a bargain.

1st: Sofiane Boufal (FW, 28) – Having returned to his boyhood club in 2020, Boufal struggled to stay fit in his first campaign back. However, with a full preseason under his belt, the dizzying dribbler finally came good for Angers and was the most influential player in attack by some distance. Contributing to 13 goals, this was his second-best career tally after the Ligue 1 campaign with Lille which earned him a move to Southampton. His tricky footwork and unpredictability caused havoc not only for opposing defences but also for his teammates as they attempted to anticipate what he’d do next. Injured until August, Angers aim to retain their star man for next season and supplement his threat in the coming campaign.

Flop: Danijel Petković (GK, 29) – Trusting Petkovic with the number one spot after a positive run of games in record signing Paul Bernardoni’s absence, who was loaned to Saint-Étienne in the winter to assist with a wage bill reduction, was a calculated risk. However, it was a gamble that almost cost Angers their Ligue 1 status as the Montenegro international’s form dropped dramatically. His errors in tight matches were one of the main factors in the club’s drastic slip towards the outskirts of the relegation fight in the latter half of the season.

FREE DOWNLOAD | European Player and Coach of the Season 21/22