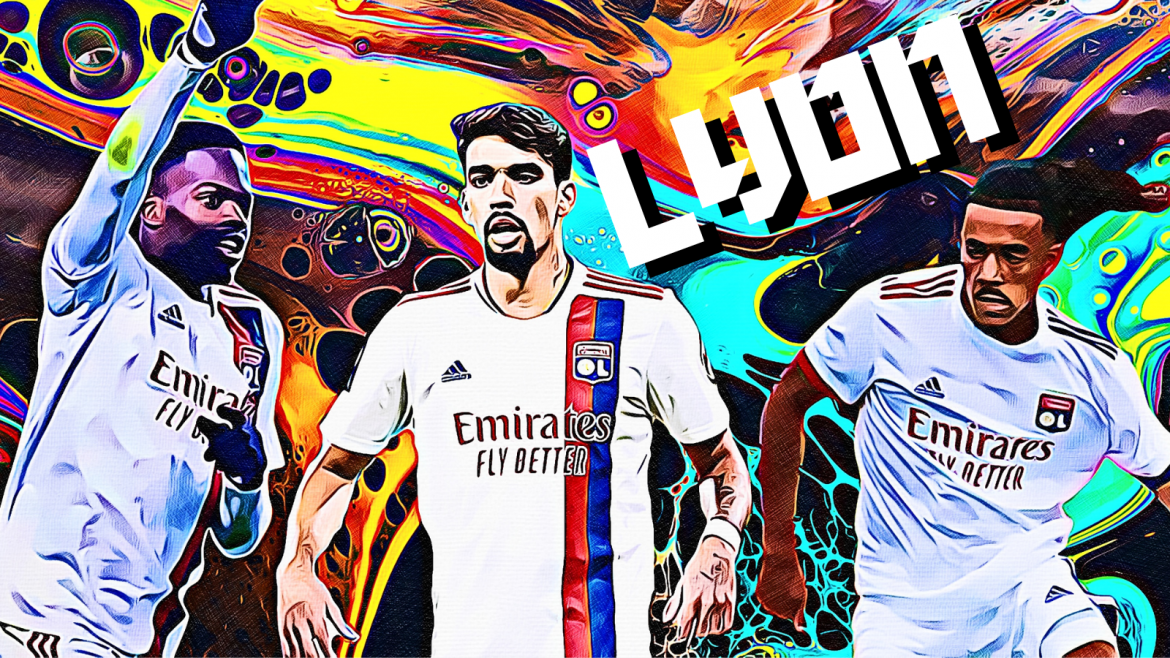 Despite the arrival of new coach Peter Bosz, Lyon missed out on European football this season, finishing a disappointing eighth in a tight battle at the top end of the table. Although OL made the Europa League quarter-finals, that was their lowest league finish since an eleventh place at the end of the 1995/96 campaign. Here are the club’s top four ranked players from an eventful year:

4th: Maxence Caqueret (22, CM) – Maxence Caqueret has been a promising midfield talent for a while but this season he became the beating heart of Lyon’s midfield. With a passion to press and a courteous but creative way of moving the ball, Caqueret has displayed a skillset beyond his years. In the early stages of the season, alongside Bruno Guimarães, he was the engine in midfield, expected to break up play and carry the ball forward while the Brazilian dictated the tempo with passes from deep. Since Guimarães left for Newcastle, Caqueret’s ability to create and still break up play has been brilliant to watch. Following the arrival of Tanguy Ndombele in January and the return of Thiago Mendes to the team, the under-21 international really stepped up and his late-season injury was a massive blow. Lyon’s season may have ended very differently otherwise. However, after being labelled as a future captain and penning a new deal to 2026, OL fans can look forward to more of the hometown boy running their midfield.

3rd: Malo Gusto (19, RB) – Malo Gusto has been imperious this season. With Léo Dubois’ appointment as captain, many believed the right-back would struggle for opportunities in Peter Bosz’s side. However, it’s been quite the opposite. Despite just turning 19, Gusto has shown enough raw talent to become one of Europe’s next best modern full-backs. With impressively accurate crossing and passing, an unparalleled work ethic that sees him cover the right flank with ease, confidence on the ball and an impressive number of defensive actions per 90 minutes, Gusto is complete in his artistry. The fact he has been able to keep Dubois, the club captain and a France international, out of the team in the second half of the season is testament to this. The Frenchman has just signed a contract extension until 2025. OL have France’s next international right-back on their hands.

2nd: Moussa Dembélé (25, ST) – This season was make or break for Moussa Dembélé in European football’s elite. After a poor start to the 2020/21 season at Lyon and an underwhelming loan spell at Atlético Madrid, the former Celtic striker became Peter Bosz’s main source of goals. His early season form was steady but, since the turn of the year, he’s transformed into the prolific goalscorer many knew he could be, scoring 17 goals in 2022 – a tally only bettered by Kylian Mbappé. His goal scoring has been pivotal to a modest improvement in OL’s form, despite it still not yielding European football. Although his hold-up play is often criticised, service from Tetê, Gusto, Lucas Paquetá and Romain Faivre helped the 25-year-old flourish. With one year left on his contract and his future in doubt, he’s rebuilt his reputation on the transfer front but he could yet stay to lead Lyon’s rejuvenation. His choice is yet to be made.

1st: Castello Lukeba (19, CB) – It’s been a turbulent season for Lyon at the back but 19-year-old Castello Lukeba has been the one constant, despite established stars like Jason Denayer and Jérôme Boateng being at Bosz’s disposal. Lukeba was a promising talent who emerged from a successful pre-season under the new manager but, by the end of the season, he’d cemented himself as one of Europe’s best young centre-backs. In his maiden professional campaign, the confidence and assurance he played with have been beyond his years and vital to most of Les Gones positive results. Incredible recovery abilities, progressive thinking and bold runs from deep with the ball have made him a pivotal part of the future at OL and he fully deserved his UNFP Young Player of the Year nomination. To break through in this way was truly remarkable.

Flop: Summer transfer business – A lack of experience at the end of last summer’s transfer window was supposed to have been solved by the signings of three Champions League winners: Boateng, Xherdan Shaqiri and Emerson Palmieri. These were combined with the earlier additions of Damien Da Silva and Henrique as cover. For a combined £7m, on paper, this looked like a brilliant set of signings. Boateng would add experience and increased security at the back, Shaqiri would bring moments of brilliance in attack while Emerson had the know-how to create opportunities and prevent them at the other end. But this, as it turned out, wasn’t the case. Shaqiri would score just two goals and prove an awkward fit in Lyon’s attack. Boateng was adjudged too influential and not up to scratch with Ligue 1, a defensive midfielder was often preferred in his place. Emerson has been solid but far from spectacular. These signings as a whole showed short-term thinking to be an issue at Lyon and barely obscured some of the issues the club were facing internally.