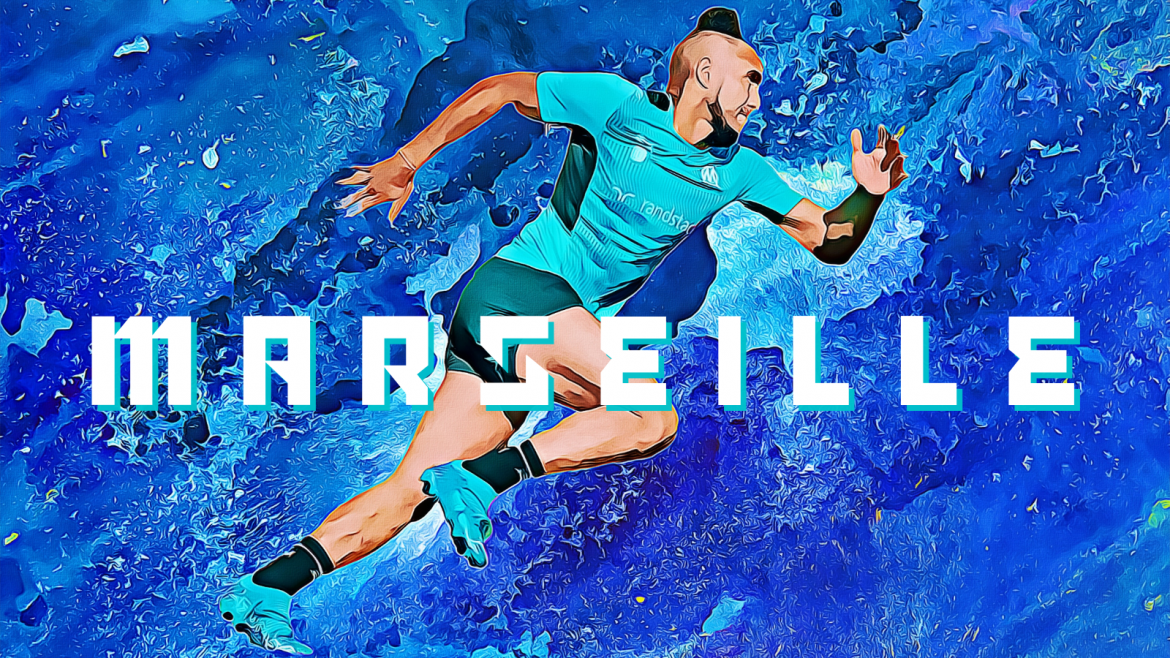 Another season is in the books for perennial yo-yo club Olympique de Marseille. A successful but curtailed 2019-20 season saw the club qualify for the Champions League, though that was followed by an error-strewn and chaotic 20-21 season where the club ended up finishing fifth and enduring several struggles on and off the pitch.

After a risky summer transfer approach punctuated by a number of loans and permanent options, the goal was to get the club back into Europe’s top-tier competition – a feat achieved by Jorge Sampaoli in his first full season. Second place – sealed in the last minute of the last game – was certainly deserving for Les Olympiens who unusually spent the majority of the season on the podium. They also obtained a seventh European semi-final via their memorable run to the Europa Conference League last four.

Direct UCL qualification was a just reward for a club who had impressed for large swathes of the campaign with the goal for 22-23 being to try and chain two consecutive good seasons and avoid the typical “one step forward, two steps back” approach of years gone by. Here are their top four players ranked.

4th: Boubacar Kamara – the 22-year-old continued his ascendancy as a fine defensive midfielder with a number of impressive showings over the campaign. Tough in the middle of the park with an adept ability at breaking up oponents’ attack, he looked ever more assured in his fifth year as a first-team player. Kamara had also adopted the armband on a number of occasions this season, appearing to cement his position as a player for the future. That hope has since been dashed following his free transfer to Aston Villa, a situation that has left a lot of the OM faithful with a sour taste in their mouths.

3rd: Gerson – Six months ago, this writer and pretty much the majority of the notoriously hard-to-please OM support would’ve written off the 25-year-old as another expensive mistake in a long line of expensive mistakes. Signed for an eyebrow-raising €25m from Flamengo, it took a long time for the Brazilian to settle in France, putting in a number of unimpressive performances. That changed in 2022 as Gerson exploded into life in Marseille with confidence, swagger and highlighting his technical ability. He notched 10 goals and 9 assists in that time, compared to 1 goal and 2 assists between August and December, scoring a number of important goals in Ligue 1 and Europe. Many are now salivating at what he can produce next season with a World Cup place on the line.

2nd: William Saliba – Much was made about Saliba’s incredible talent and at 20 years of age, he was back at a third Ligue 1 club as Arsenal continued to find no place for him in their squad, despite a €30m transfer from Saint-Etienne in 2019. Saliba slotted into a Marseille back-line that looked creaky last season, with no stand-out performer from the likes of Duje Ćaleta-Car, Ávaro González and Leo Balerdi. That changed from day 1. The Bondy native belied his age with a string of impressive performances and almost viral-like defensive moments such as his last minute challenge on a runaway Kylian Mbappe during Le Classique. To say that this was the perfect loan would be an understatement, as Saliba imposed himself massively in challenging circumstances, earning a call-up to the France national team in the process. Will he be able to continue his journey at Marseille in the coming season?

1st: Matteo Guendouzi – The maligned midfielder had a lot to prove following a rather average loan spell at Hertha Berlin after being unceremoniously dumped from Arsenal during the first Covid lockdown. Like his former Gunners team-mate Saliba, Guendouzi has completely taken to his Marseille adventure like a man reborn. There were a few teething issues at the start of the season, not least the hint of a resurgence in attitude after a strop during a game at team-mate Gerson. But Guendouzi has silenced his critics with a hugely mature approach to his game, so much so that Sampaoli gave him the armband for a match against champions Lille during the season. His swashbuckling performances in midfield have uncovered new admirers, not least Didier Deschamps who called up the 23 year old for France’s successful Nations League campaign and in every squad since. Unlike Saliba, Guendouzi is here at Marseille for the long haul after an 8m euro option was lifted.

Honourable mention: Dimitri Payet – the 35-year-old also had an incredible campaign which brought spectacular goals and great assists alike. His stunner against PAOK in Europe is a goal that will live long in the memory.

Flop – Pol Lirola. The Spanish winger joined the club in the winter of 2021 and was one of the standout performers in the final six months of the season last year. The club made a lot of efforts to prise him from Fiorentina in the close season, with a number of players reportedly making salary sacrifices in order to register his contract with the league’s financial watchdog. His performances this campaign have been by and large a let-down.

Overall Grade: A-minus – the season’s objective, earning a direct qualification to the Champions League was met. While always an objective for OM’s demanding faithful, that Lyon, Lille and Monaco were involved in a four-way title fight with PSG last season meant OM needed to step up their game to finish in 2nd place. They did, but were aided by the others falling off the pace considerably (notwithstanding a late push from Monaco). A deep run into Europe was a lovely bonus, but there will be regrets at not having put away Feyenoord to extend the club’s French record of appearing in the most European finals. The omens are however good for next season.