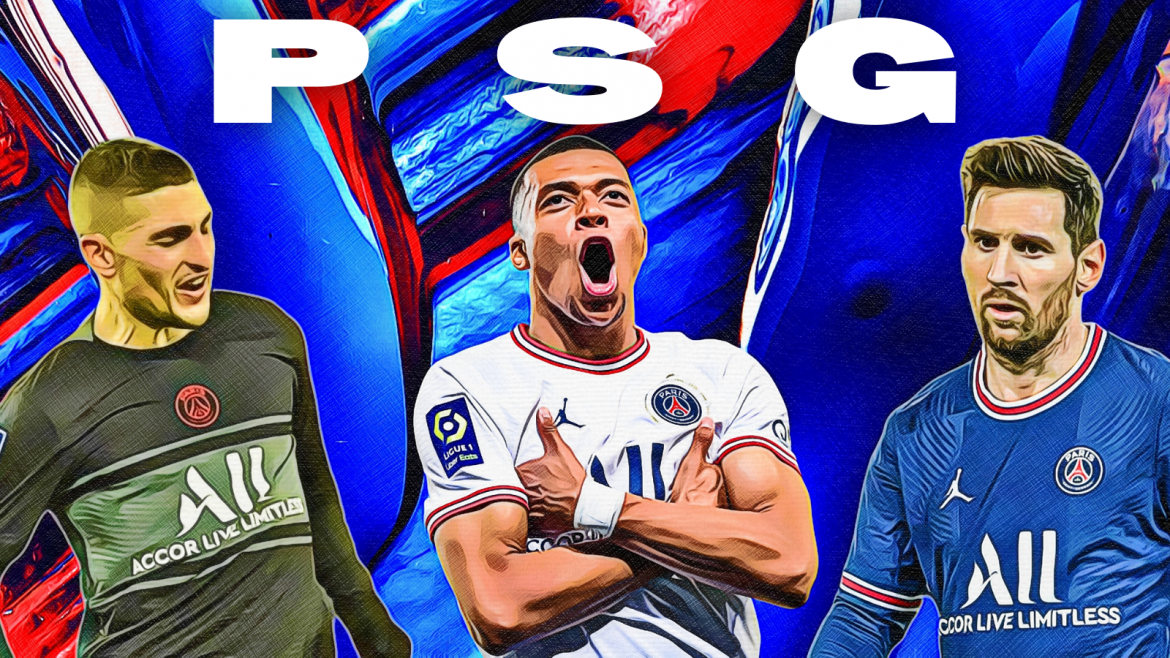 A season that held so much promise for Paris Saint-Germain would ultimately be seen as possibly their worst in the QSI era. The signings of superstars like Lionel Messi, Gianluigi Donnarumma and Sergio Ramos to compliment a team that had reached the Champions League final and semi-finals in the previous two seasons felt like a huge step towards European glory. Unfortunately for the Parisians, it was the opposite. But where did it all go wrong for Mauricio Pochettino’s side? Who were the stars of a disappointing season which still included a comfortable league title win? Here are PSG’s four best players of 2021/22:

4th: Lionel Messi (Forward, 34) – Such was the poor standard this season, Messi was probably PSG’s fourth-best player while simultaneously being one of their most disappointing. Statistically, Messi’s season was fine. He wasn’t up to his usual standards but, for a debut season in a new league, 11 goals and 14 assists across all competitions isn’t terrible at all. But given the expectation around his signing, it’s a disappointing return. He was often anonymous or ineffective, and didn’t seem to fit in anywhere. Still, his partnership with Kylian Mbappé had some good moments, so it wasn’t all terrible for Messi.

3rd: Nuno Mendes (Left-Back, 19) – The young full-back was probably the summer signing with the least fanfare but he arguably had the biggest impact of all of them. Initially signed on a season-long loan before his stay was made permanent this week, Mendes showed great pace and skill going forward while his defensive work improved as the season went on. Next season, he and Achraf Hakimi on the opposite flank could be the most deadly full-back pairing in world football.

2nd: Marco Verratti (Midfielder, 29) – Despite all his injuries and suspensions, Marco Verratti is still PSG’s best and most important midfielder. Playing 32 times across three competitions, the Italian showcased just how good he is, playing passes like no one else can while proving his accurate if aggressive tackling is better than most of PSG’s defenders and other more defensively-minded midfielders. There will come a time when Verratti leaves and PSG will need to make the most of whatever time they have left with him. If the club could give the Italian a midfield partner capable of passing further than 10 yards, PSG could dominate the ball in big games more often.

1st: Kylian Mbappé (Striker, 23) – If PSG didn’t have Mbappé’s goals and assists this season, there’s a very high possibility that they may not have even finished in the Champions League places in Ligue 1. It goes without saying that the Frenchman is key to success in Paris, but no one could have predicted just how vital he would be this season. With Messi and Neymar next to him, it was expected that all three would share the goals, but it was Mbappé who shone and it was he who saved Paris on multiple occasions.

Flop: European Results – The Champions League tie against Real Madrid epitomised this PSG side. Both of their goals were scored by Mbappé, with Messi missing a penalty in the first leg and Gianluigi Donnarumma making a horrible error in the second. What happened on the pitch was bad enough – with Real Madrid staging an incredible comeback – but the aftermath was worse. Fans whistled Neymar and Messi in the following league game at home to Bordeaux, booing Neymar’s goal and protesting against Mauricio Pochettino, sporting director Leonardo and the running of the club by QSI. If drastic changes are indeed made by the club in the off-season, the furious fan reaction post-Madrid will have played a part.

Overall Grade: C – Going into this season, Paris Saint-Germain were expected to win everything as seen by the odds on superbettingsites. Domestically and on the continent – the prospect of facing Mbappé, Neymar and Messi was daunting. But it became clear within the first few games that this was a poor team. Individually, the talent was there, but, as a unit, they lacked cohesion and intensity. It was all very dull to watch for fans and neutrals.

Messi, Georginio Wijnaldum and others looked lost, seemingly unable to flourish in whatever tactics Mauricio Pochettino had instructed them to deploy. Hakimi was a shadow of the player that PSG paid big money for and the goalkeeper rotation between Donnarumma and Keylor Navas helped no one. A title-winning season is not a disaster at all, but, given the performances in Europe and the French Cup, it’s easy to see why fans are so unhappy. Changes are needed across the club from players to coaching staff to directors. Fans will hope that this season acts as a catalyst for PSG to finally aim to act as an elite club should.