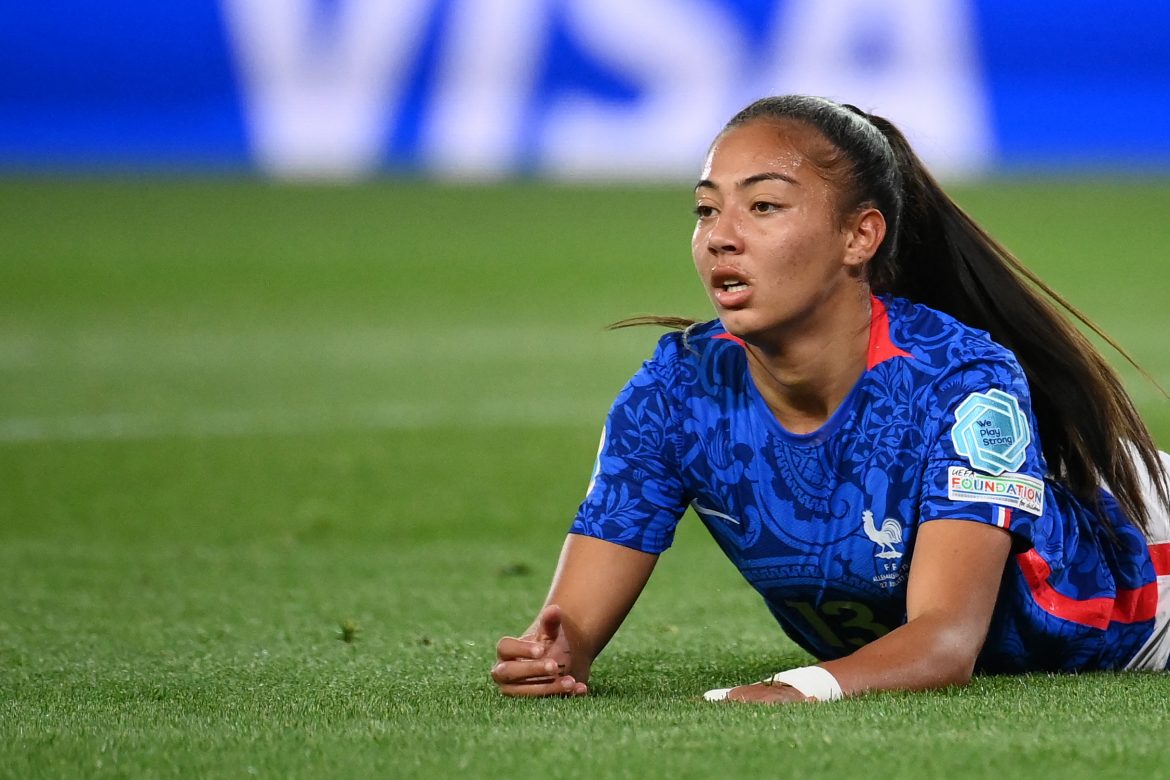 Following France’s disappointing elimination from Euro 2022 by Germany in tonight’s semi-final, Lyon’s young winger Selma Bacha (21) spoke to the French broadcasters TF1, as well as RMC Sport to discuss the game. Les Bleues were suffocated by a strong German defence, who put a stop to the French attack, which had been both entertaining and dangerous throughout the tournament. Ultimately, it was Alexandra Popp’s clinical finishing that proved the difference between the sides, which Bacha highlighted in her post-match interview. The player’s words were transcribed by RMC Sport.

“There wasn’t a lot in it. The key is that we gave everything, we’ll get there one day. Failures are part of a career, we’ll come back stronger. We’ll get past it, there’s a lot of sadness, but we can congratulate ourselves. We gave everything, unfortunately it ended like this… We had the right mindset, we lacked a bit of efficiency, but this France team is united. We’re proud of ourselves. One day, this France team will shake up the whole world.”

“There’s disappointment… but we have to take the positive, we can’t throw everything in the bin. We have to keep working to be at the top for the next competitions. We lacked efficiency, we didn’t take our chances but we’re a young team, we’ll work hard.”

What does this injury mean for Paul Pogba after a disastrous 2021/2022 season?