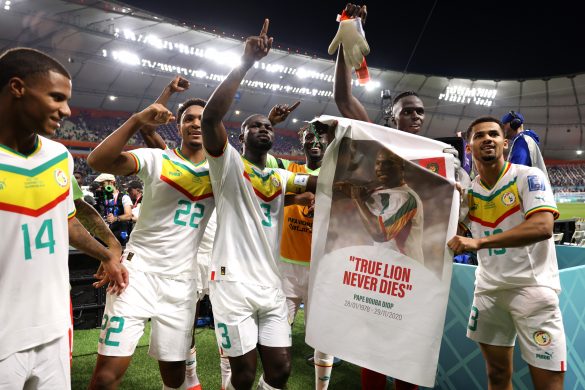 Former FC Metz defender, Kalidou Koulibaly, scored his first international goal for Senegal. That goal, a game winner in the 70th minute to beat Ecuador in the World Cup. This win also advances the Senegalese side in the World Cup with a second place finish in the group stage.

In a post-match interview with beIN sports, the goal scorer had this to day, “It’s magnificent. I think that after the first match there were many people who counted us out, but for us it was out of the question. ‘Do you really want to do something big?’ And today I think we had a great match against a great team who fought hard.  Despite them equalizing we always believed and here we are.”

The match was also special for other reasons for Koulibaly and Senegal. Today marks the death of Senegalese legend Papa Bouba Diop. He was may be best known for his game winning goal against France in the 2002 World Cup. The Chelsea defender made it clear what he meant to his national team, “It was a special day for Senegalese. Our first goal was for Papa Bouba Diop. Today is the anniversary of his death. We really wanted to do something big for him today. He was our childhood, he was everything to Senegalese football. He was a big loss for us. Today is for him. It’s a great honor, I have his number on my armband.”

This win was big for Senegal. The country was somewhat counted out with the loss of Sadio Mané, who was also a teammate of Koulibaly while at Metz. Even without Mané Senegal’s roster is full of talent and they have a great coach in Aliou Cissé. Senegal’s star defender talked about how they share the duties and load captaining amongst the many leaders of the team. “What is good about this national team is that the role of captain is shared amongst many players. That makes my job a lot easier.”

With many hands the load is lessened. With or without Mané Senegal seem up for the challenge of the next round of the World Cup.