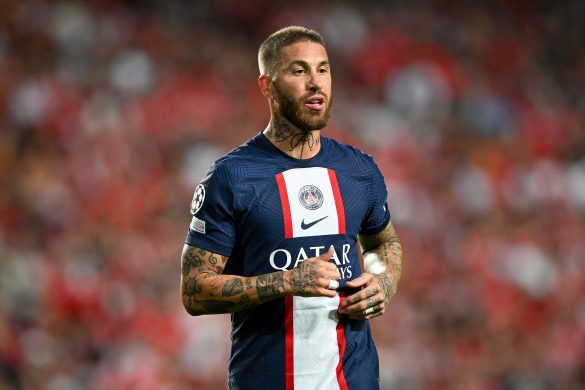 As reported by Le10Sport, PSG’s veteran defender Sergio Ramos is edging closer to a contract extension in Paris as the club opens talks with Lionel Messi over a similar deal.

Initially signing a two-year deal in Ligue 1 last summer, the now 36-year-old Ramos wasn’t planning on extending his stay in France after his first season was badly affected by injuries. However, now he’s returned to fitness and enjoyed a full pre-season, the Spaniard is settling in Paris and is becoming a major voice in the club’s dressing room. Ramos has been enjoying some much-improved form on the pitch and was unhappy over Spain national team coach Luis Enrique’s failure to recall him in September.

As a result, momentum behind a contract extension is gathering pace. Although concrete discussions have yet to be opened with Ramos’ representatives, PSG are strongly considering a new deal for the player which has been given the green light by Paris’ owners QSI. However, much like Lionel Messi’s potential new deal – one which sporting director Luis Campos is handling personally, a financial middle ground will have to be found as Ramos currently earns €8m a season and will turn 37 in March.

Antoine Kombouaré on refereeing decisions: “Liars have no place in football.”