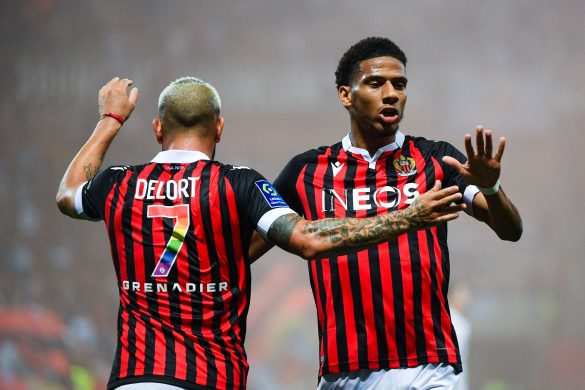 Foot Mercato are reporting tonight that Nice centre-back Jean-Clair Todibo is the subject of interest from various clubs around Europe, with both Sevilla and Napoli having approached Les Aiglons over a potential transfer.

Nice have set the defender’s asking price at €20m, having signed him from Barcelona last year for a fee of €8m after an initial loan spell from the Blaugrana. The 22-year-old has since grown into one of the league’s best young defenders.

In his first full season with the team, Todibo appeared in 36 league games, scoring once, as Christophe Galtier’s men flew out of the blocks before wilting to 5th place and losing in the Coupe de France final to Nantes.

Manchester United and Newcastle are also said to be interested in the French Guyana native, with neither of the Premier League clubs discarding the option of making a move for the defender later on in the summer window.

The former Barcelona man first came through the youth academy at Toulouse, where he made ten first-team appearances in Ligue 1, before going out on loan from the Catalans to Schalke and Benfica, and finally Nice.