Sofiane Boufal on the World Cup: “The feeling was incredible. Especially the Moroccan fans. They were incredible today” 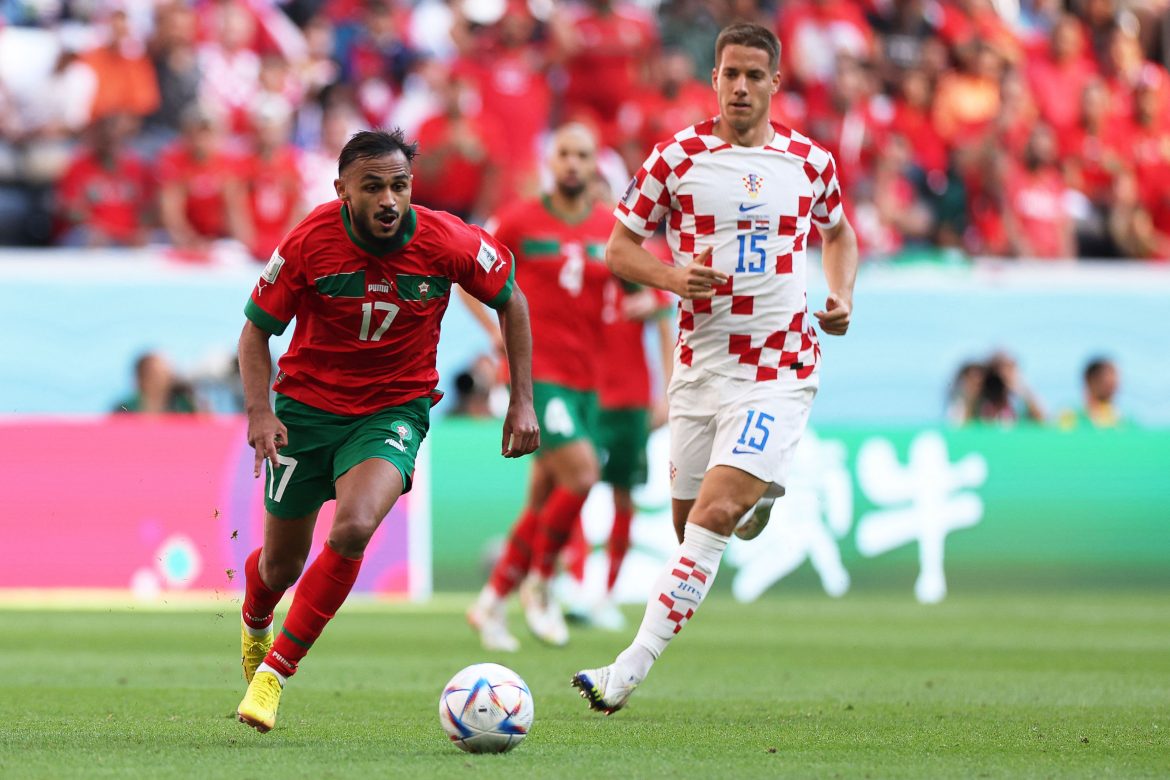 Moroccan winger, Sofiane Boufal, spoke with beIN Sports after his First World Cup match with Croatia. The 29-year-old Angers man took the field to represent Morocco for his 33rd appearance.

Boufal was humble in his response to if Morocco could have taken the 3 points given the opportunities they had, “There was a little frustration, but we were not going to be choosy. We still played against a very good team. A team that was very organized and who loves to have possession of the ball… I think we had the opportunity to score, but in the end, the match was very well balanced. The draw is fair.”

The Paris born player once drew attraction from some of the biggest clubs in the world. He would eventually make his move to Southampton where he scored the goal of the season. Now back in France with Angers, he is not only back to health, but back in form. When asked about being in the World Cup, he stated, “There is a bit of anxiety and pressure being that most of us played our first match in the World Cup.”

Boufal has always been a talented player and difference maker, but his career did not go the way he may have hoped in England. Yet, here he is in the World Cup – a footballer’s dream. When asked about the experience he stated, “The feeling was incredible. Especially the Moroccan fans. They were incredible today. We only heard them in the stadium.”

Morroco faces a difficult journey in this World Cup. It’s next match is against Belgium followed by a fierce Canadian team.

Michy Batshuayi: It was not the best from Belgium tonight, but I am sure that we will get stronger and stronger in this competition