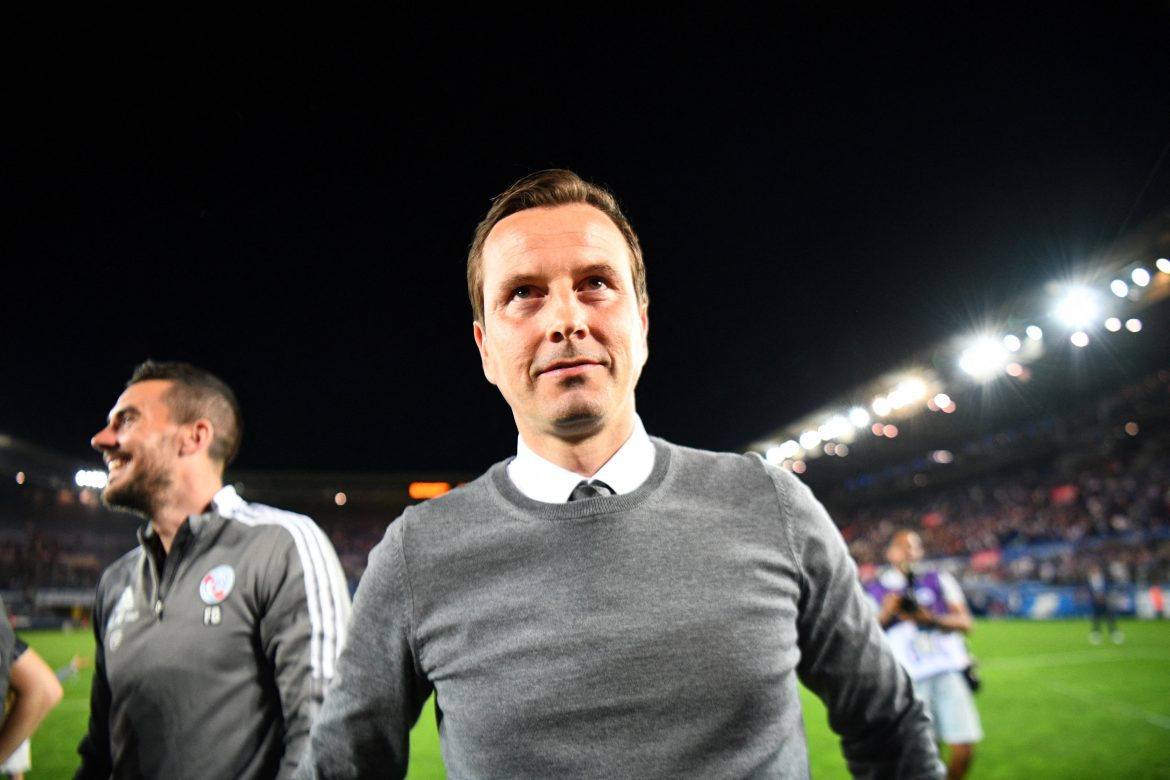 Strasbourg were close to securing their sixth draw of the 2022/23 Ligue 1 season. But courtesy of a penalty conceded in the 95th minute of the match, Julien Stephan’s side succumbed to a narrow 2-1 defeat to Montpelier.

In the post-match press conference, Strasbourg’s boss was full of remorse after the team’s winless start to the new season in Ligue 1, suggesting that it would’ve been a different speech for him if they had held onto the 1-1 scoreline.

As quoted by RMC Sport, the manager took the blame for the team’s tepid run in the league this season. He said:

“There is a lot of disappointment. This outcome is very hard, even more in the current period. Coming back, we thought we had done the hardest part but we are faced with all these problems there. I take responsibility for it because if we are there today, I am the first responsible. We will have to do much better, and I should be the first.”

Having played eight matches so far, Strasbourg, currently 17th on the points table, have amassed five draws, pocketing just five points in the process. Although it appears to be an underwhelming start to the season for the team from northeastern France, there is still no uncertainty over Stephan’s future at the club.