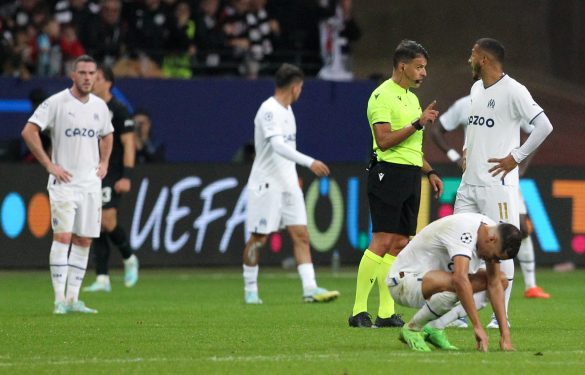 L’Équipe report today that in the wake of a winless run which has seen them drop out of the Ligue 1 top three, tension has begun to build within the Marseille dressing room as they turn their heads to a vital Champions League clash against Tottenham Hotspur tomorrow.

Igor Tudor’s management style and choices have been called into question by some players, as was ostensibly the case at the start of the season. Meanwhile, Nuno Tavares and Gerson’s cameo appearances in the draw against Strasbourg were criticised within the club, the Arsenal loanee being seen as too attack-minded while the Brazilian seemingly has his mind elsewhere.

With several starters showing signs of fatigue and his substitutions making little to no impact, Tudor will need to shake things up against the Premier League side – against whom OM need a win to go through to the Champions League knockouts. With just one win in their last six. The Croatian coach indicated after the draw to Strasbourg that he would be keeping his analysis of the game to his players, but that he was not “angry” with them – it remains to be seen whether this will have an effect on a Marseille season that already looks to be unravelling.