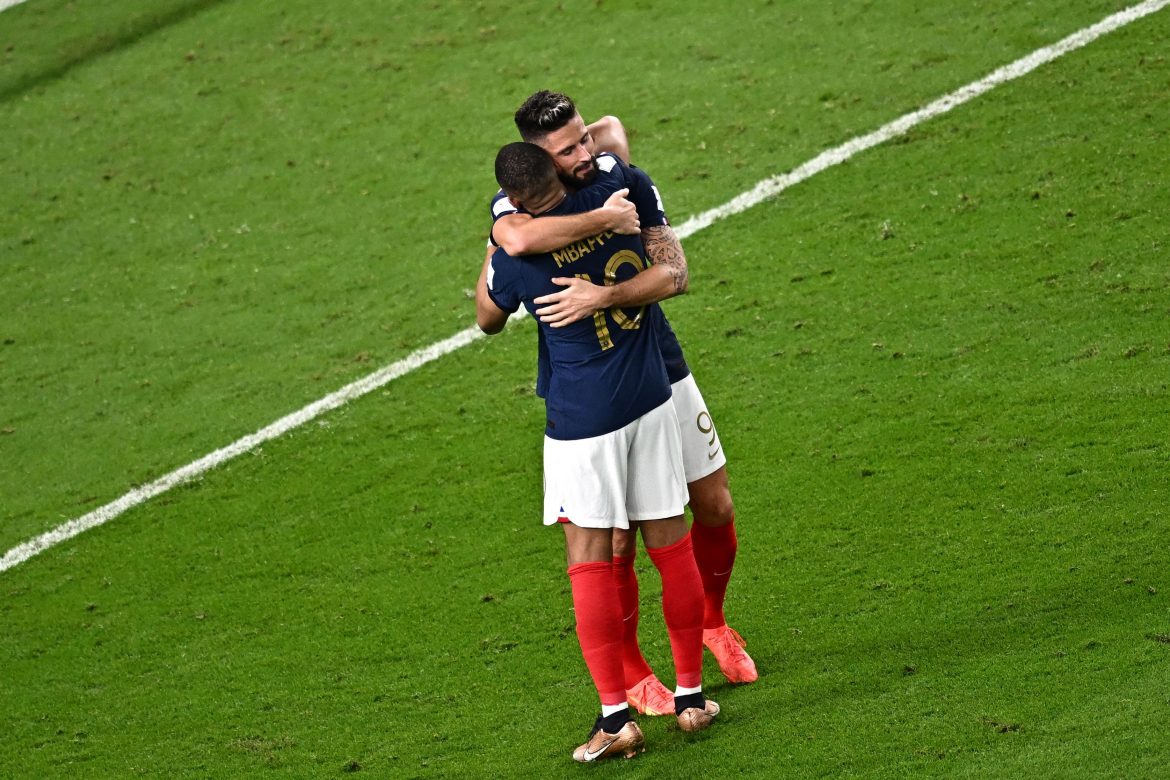 L’Équipe have been exploring a ‘bromance’ in the France camp between attackers Olivier Giroud and Kylian Mbappé – whose relationship on and off the pitch is at an all-time high. It was clear on the pitch against Australia that the pair are getting on well with Mbappé having provided for Giroud for his record-matching goal – the two took part in celebrations together.

Off the pitch, L’Équipe report that since the start of the French team’s training camp on 14 November, the two players, who are almost a generation apart in age, have been sharing moments together – from meals at the same table in the Al-Messila base camp to exercises carried out as a duo in training. The two have also even been playing pool with each other in their down time.

It makes a difference from the tensions of Euro 2021 during which Giroud indirectly called out the Paris Saint-Germain star for not passing the ball.