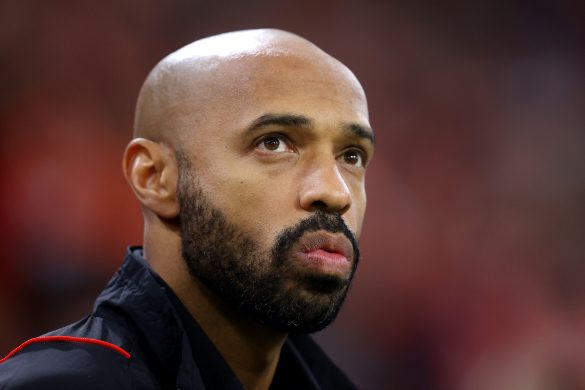 Speaking on CBS Sports Golazo Thierry Henry said that if he had been forced to play Sam Allardyce’s brand of long-ball football at Bolton Wanderers, he “would have left at half-time.”

In the context of Erling Braut Haaland being “the perfect actor” in the Manchester City side and Robert Lewandowski also being the right fit at Barcelona, Henry insinuated that he wouldn’t have been the “right actor” in Allardyce’s Bolton side.

“I wouldn’t have played for Bolton. Are you mad? If I was asked to play long-ball [football] under Sam Allardyce, I would have left at half-time.” Micah Richards retorted, “But Nicolas Anelka did it, and did well…” to which Henry replied, “Nicolas was a hell of a player, but we’re talking about someone else here. All around, Nicolas could do everything at will.”

Henry played against Allardyce’s Bolton side, during the English manager’s eight-year stay at The Wanderers. In 11 appearances against the now League One club, he scored twice and registered four assists.