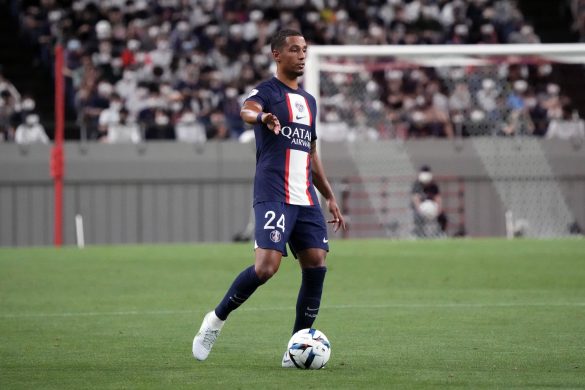 Estadio Deportivo report that German international defender Thilo Kehrer has given his agreement in principle to leave PSG this summer for Sevilla.

The 25-year-old participated in PSG’s pre-season tour of Japan, but since the 1st team squad’s return to Paris, Kehrer has been excluded from training with the senior team and is having to train apart, alongside a number of other players that Luis Campos wants rid of this summer, including Ander Herrera, Rafinha, Layvin Kurzawa and others.

The Spanish outfit believes that Kehrer has told Sporting Director of Sevilla, Monchi, that he is open to making the move – he is aware that he will need to significantly increase his playing time in order to have a chance at making Germany’s 2022 World Cup squad in just a few months time.

Kehrer is so motivated by a possible move to Andalucia, that he is willing to reduce his €5m a year salary in order to make the move happen. At the moment, it is unclear whether Sevilla intend to attempt to conclude a loan or permanent deal with PSG for the player, following the transfer of Jules Koundé to Barcelona.

Negotiations are expected to intensify between the two clubs at the beginning of next week. Les Parisiens signed Kehrer for €37m in 2018 and only has 1-year remaining on his current contract, in a truly disastrous deal for PSG upon reflection.