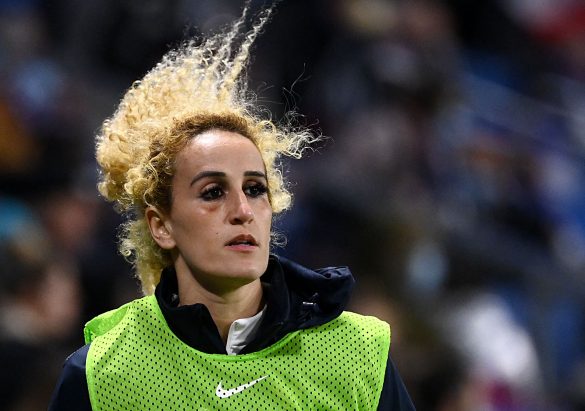 According to L’Équipe, three men suspected of having taken part in last November’s attack on Paris Saint-Germain Feminin’s Kheira Hamraoui were arrested and taken into custody this Wednesday morning by Police and investigators.

Last November, the player – who was returning from a team dinner – was attacked in the street with an iron bar. She received two stitches on her right shin and two more on the palm of her right hand.

On the men that were taken into custody, the prosecutors office said “At least one of them has a criminal record. The police are continuing to explore the links between this attack and the entourage of PSG players in order to determine a motive.”

Yesterday we reported that Hamraoui sent a court bailiff to the club’s training session to observe how she has been excluded from training with the group.

The club’s assistant sporting director Sabrina Delannoy has indicated that the midfielder was not a part of the club’s plans for the upcoming season, with Hamraoui not appearing in any of the pre-season games nor the opening match of the campaign, a 2-0 win over Soyaux.

Hamraoui, whose contract expires at the end of the season, was assaulted in November of last year, having been dragged out of a car and beaten with an iron rod. Her teammate Aminata Diallo, who was driving the car, was then placed under police custody and released with no charges. Diallo has since left the club.

Her entourage has said that she has the right to the same training facilities as the rest of the squad, and should be training with players on the same type of contract as her. Given the top league of women’s football in France is not professional, the players are under federal contracts, which do not mention this type of eventuality.