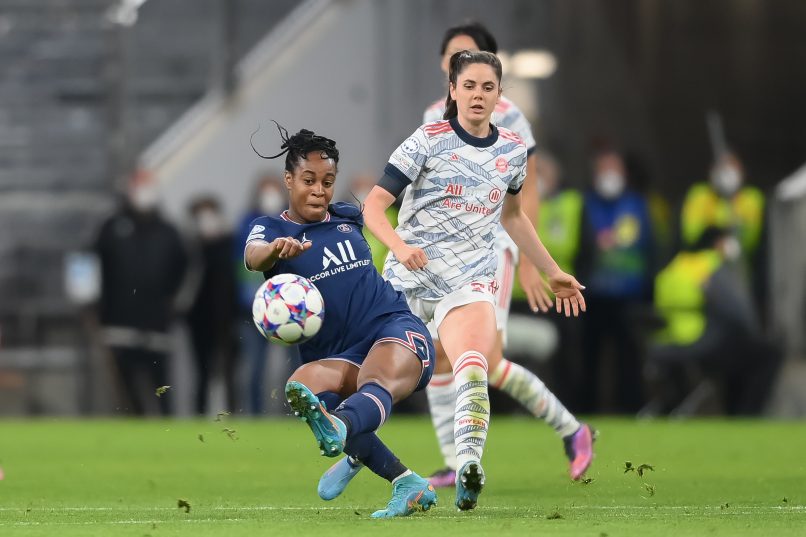 Ahead of Wednesday’s Women’s Champions League quarter-final second leg between PSG and Bayern Munich, France Bleu Paris report that the French club have already sold at least 20,000 tickets for the Parc des Princes, where the home leg will be played.

As a result, Paris Saint-Germain have already broken their own record for ticket sales for a women’s game, which stood at 19,912 for a fixture against Barcelona played in 2017. As the game is just under a week away, the figures are expected to reach between 25,000 and 30,000.

The French national record attendance for a women’s club game stands at 25,900, reached by Lyon in 2019. Tickets for the Parc des Princes are currently on offer from €6 (reduced price) and €12 (full price).

PSG will be returning to France off the back of a 2-1 victory in the first leg, which was played on Tuesday night in Munich.