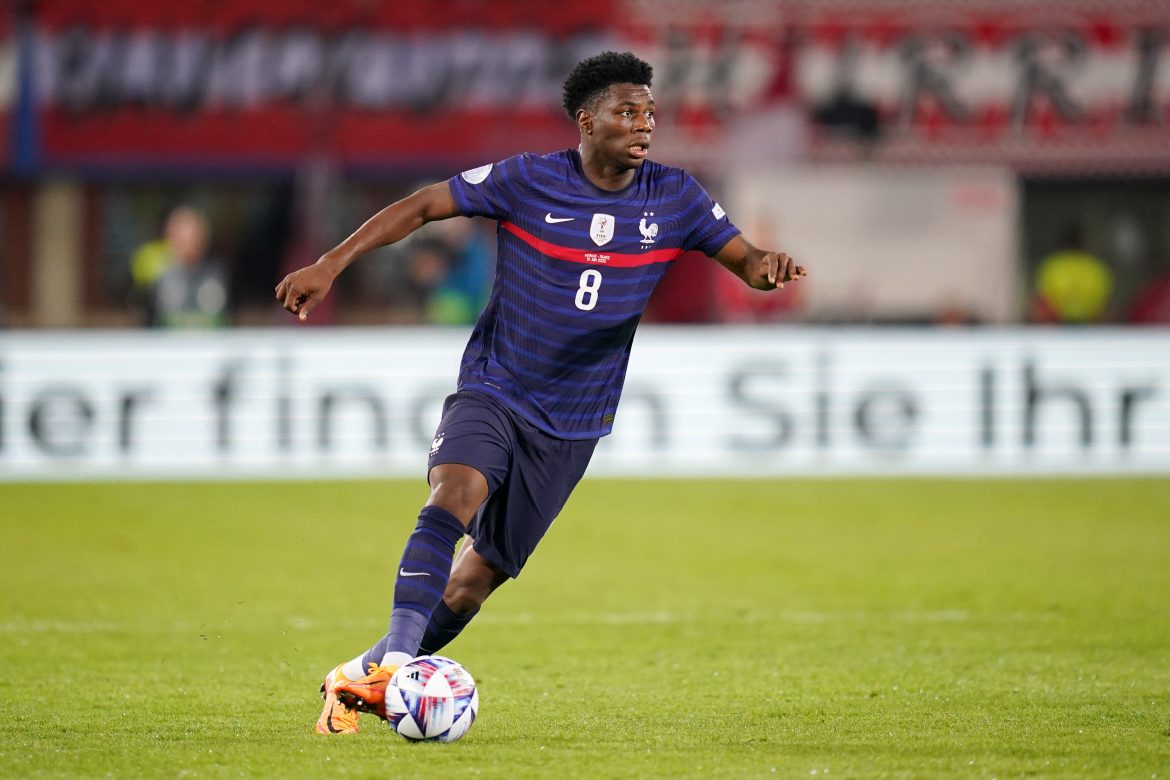 The World Cup is without question the biggest event in the sporting calendar. One of the things we enjoy most about the global tournament is getting to see youthful talents on the biggest stage of them all. Here we focus our energy on exactly that as we highlight some of the young stars to watch at Qatar 2022.

We will very shortly delve into the names of some of these talented youngsters, two of which played in Ligue 1 last season.

First, we need to define what ‘young’ actually means and detail the approach to our selection criteria. For the purposes of this article, we won’t be considering anyone who is 23 years old come to kick off time of the tournament. As for the selection process we’ve gone through the fact is we can’t list every promising youngster. Instead, we’ve tried to blend the best of the best with some of the perhaps lesser-known players. Right, let’s crack on.

We kick off our look at the young stars to watch at Qatar 2022 with Vinicius Jr; he is arguably the biggest name of all the players we mention. The 21-year-old has taken his game to a whole new level this season for Real Madrid with his campaign being capped off with a Champions League winning goal; it was his 22nd strike of the season. The fact Brazil are likely to go deep in the competition will allow Vinicius Jr a big platform to show that his recent displays haven’t been a one-off and virtually no defender will want to come up against him.

We’ll stick with the subject of Brazil for the second name on our list. Right now, Brazil is favoured in the World Cup odds Qatar 2022 to win the tournament.

Antony has had a few links to Manchester United since Erik Ten Hag took the helm. We’re not sure that deal happens but we are sure this lad will impress at Qatar 2022.

He’s just had a stellar campaign with Ajax racking up 12 goals and 10 assists and the fact he’ll spend a fair chunk of time on the pitch alongside Neymar and the aforementioned Vinicius Jr means he might be gifted a bit more space to operate in than the others. The stage is his – at least it could be.

Let’s be honest, Jude Bellingham isn’t a name that’s as sexy as either of those two mentioned beforehand. He is, however, a terrific player in the middle of the park and looks like forcing his way into England’s starting XI. The Borussia Dortmund man is capable of winning possession, recycling possession and has the ability to drive through the park and break lines with passing. If given the opportunity by Gareth Southgate he could be a key cog for the Three Lions. Should Bellingham deliver the goods in Qatar a big money move could easily come his way in January.

We go again with another lesser known player in Kamaldeen Sulemana; he plays his club football for Rennes in France and is likely to be heavily involved for Ghana in group H. On a pure statistical note four goals and two assists in 20 Ligue 1 appearance doesn’t exactly scream ‘world star’; those goal contributions did, however, come over the course of just 1,015 minutes giving him a goal involvement every 169 minutes.

Besides, football isn’t all about stats; anyone that’s watched this kid on a regular basis will know he’s got the skill set to wow people in Qatar. Expect dangerous dribbling and quick interchanges in and around the box.

Last but not least we end our talk about the best young stars to watch at Qatar 2022 with someone that is fast becoming a household name in Aurelien Tchouameni. Most fans – no matter their dedication to watching outside of their own leagues – will likely have seen this 22-year-old hitting headlines for his money-spinning move to Real Madrid; Los Blancos forked out £80m for him.

Many people though see that as a bargain and the upcoming World Cup will be a chance for the midfielder to prove why that is. Tchouameni is a player that will break up play but then create the transition into attack himself. How much time he gets on the grass in Qatar might depend on the fitness of N’Golo Kante but he’s a special, special talent and one to watch for sure.