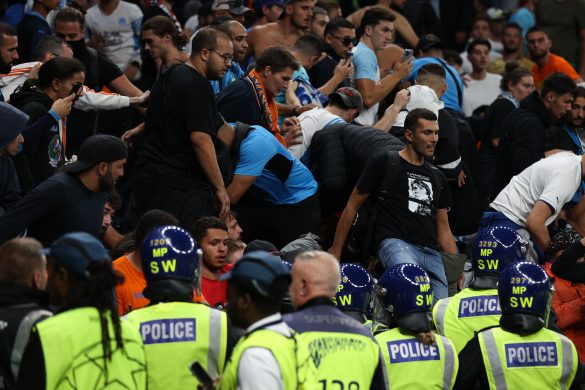 As reported by Le Parisien, police were forced to intervene in the stands at the Tottenham Hotspur stadium as scuffles between Marseille and Spurs fans ensued after the clubs’ Champions League groups stage encounter last night.

The altercations began as projectiles were thrown from the away fans’ section, including bottles and a smoke bomb, which resulted in retaliations from home supporters, before an LGBT flag was torn down by OM supporters, which bore the Tottenham logo. Stewards were forced to intervene to prevent a swell of OM fans from leaving their designated area twice, once onto the pitch and once as OM fans tried to enter the adjoining section of home fans, before riot police arrived to cool the situation. However, say the paper, no police report has yet been filed.

The indecent could again see Marseille and their fans heavily punished, after several incidents involving OM fans over recent seasons which have led to stand or stadium closures, as well as several fines.