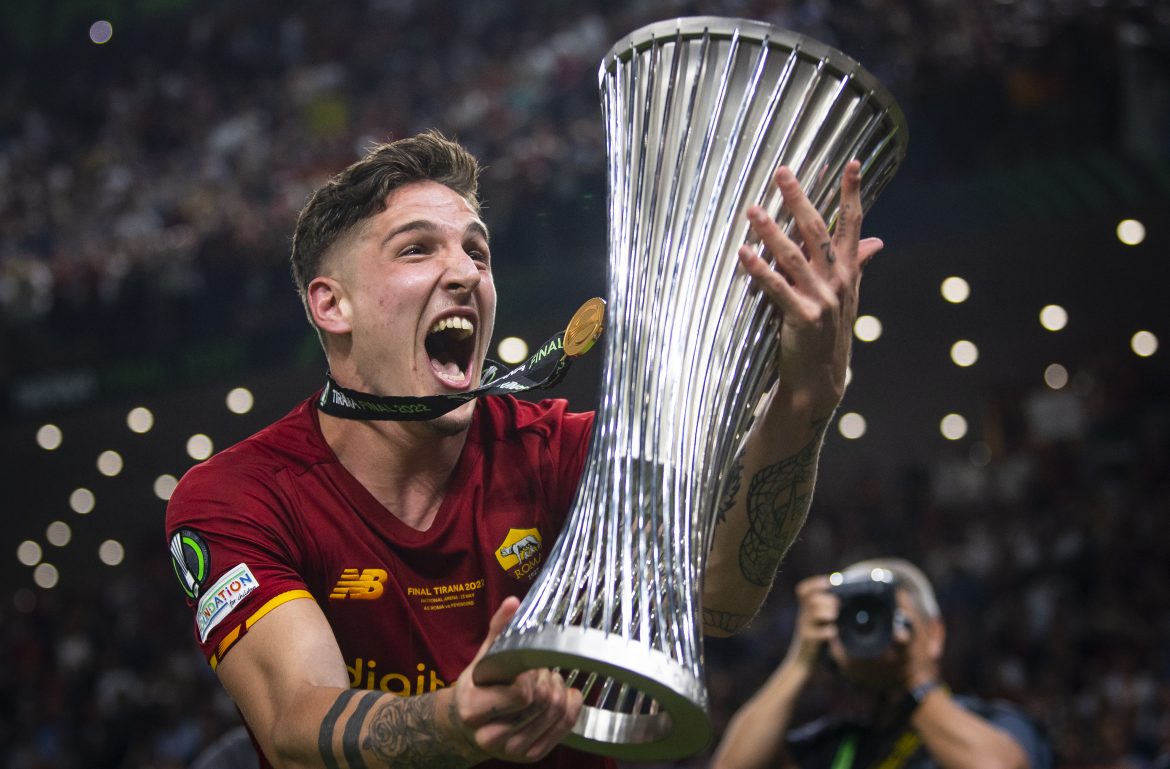 According to Foot Mercato’s Santi Aouna Tottenham Hotspur have entered new discussions for AS Roma’s Nicolò Zaniolo (23) – his current contract in the Italian capital runs until 2024.

The young Italian attacker, who joined Roma from Inter in 2018 has made a total of 111 appearances for the Giallorossi and has scored 28 goals. Zaniolo is versatile in that he can also play as a winger, attacking midfielder and as a second striker, and on occasions appearing in central midfield.

Last season Zaniolo won the Europa Conference league with José Mourinho’s side, having made 42 appearances in total for the Giallorossi – scoring eight goals and providing five assists for his teammates.

French journalist Santi Aouna confirmed that new discussions are taking place for the Italian, after reporting on the possibility that the door will open by the end of the window, even on a loan deal with an option to buy. The 23-year-old doesn’t fit into Mourinho’s plans for Roma – with Pellegrini taking up the role of supporting Tammy Abraham and Dybala in attack.

Neymar on Lionel Messi’s form with PSG: “Leo will always be Leo, he won’t change.”