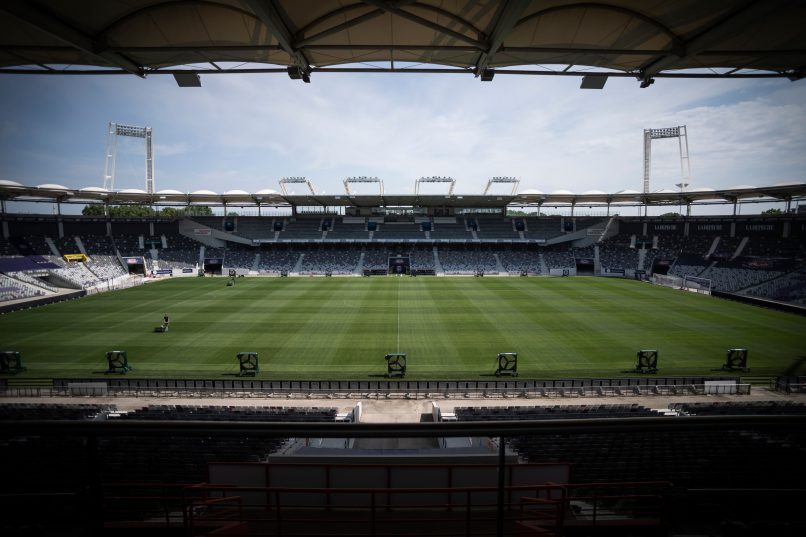 Following his death at the age of 49 in May of last year, Toulouse legend Christophe Revault is to have the west stand at the Stadium de Toulouse named after him, as reported by France Bleu Occitanie.

The inauguration of the stand will take place ahead of TFC’s title clash against Paris FC this weekend. Revault’s wife, Delphine, and two children will be present for the ceremony.

Delphine Revault was invited to speak to radio station France Bleu ahead of this weekend. Asked whether she was moved by the gesture, she responded “yes, enormously of course. When the TFC president Damien Comolli wrote us a letter, a while ago, there was huge pride for us.”

Christophe Revault, who played 203 games for the club between 2000 and 2006, was most loved for his decision to stay with Toulouse when they were relegated from Ligue 1 to the third division in 2001. Over the following two years, he helped the club regain their top-flight status.

“There was naturally uncertainty,” said his wife about the situation the former goalkeeper found himself in. “Because it was not easy to sign in Ligue 1 and to find yourself in the National League. But eventually, when the president at the time Olivier Sadran proposed the challenge, it was a great adventure which took shape.”