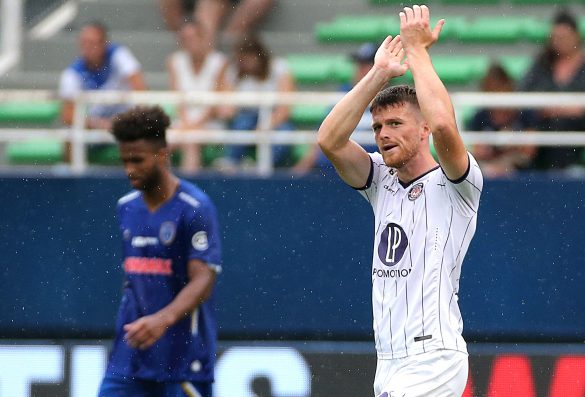 Toulouse striker Rhys Healey (27), who has been linked with a move to the English second division, hasn’t ruled out a transfer this summer, during a post-match interview.

Manchester-born Healey, who moved to Toulouse in 2020 and has since scored 38 goals in 75 appearances for the French club. The Englishman is now competing in Ligue 1, having contributed to Toulouse’s promotion to Ligue 1 last season.

He scored in Sunday’s 3-0 win against Troyes and responding to questions about his future post-match, he said, “I don’t listen to the rumours. I’m just concentrating on myself and my teammates every day. I don’t listen to what people are saying. I’m here and I’m working hard. Football is football and you never know what is going to happen. I’m trying to help the team as I can.”

L’Équipe have previously revealed that numerous Championship clubs are interested in the striker, who has previously featured for MK Dons and Cardiff City.