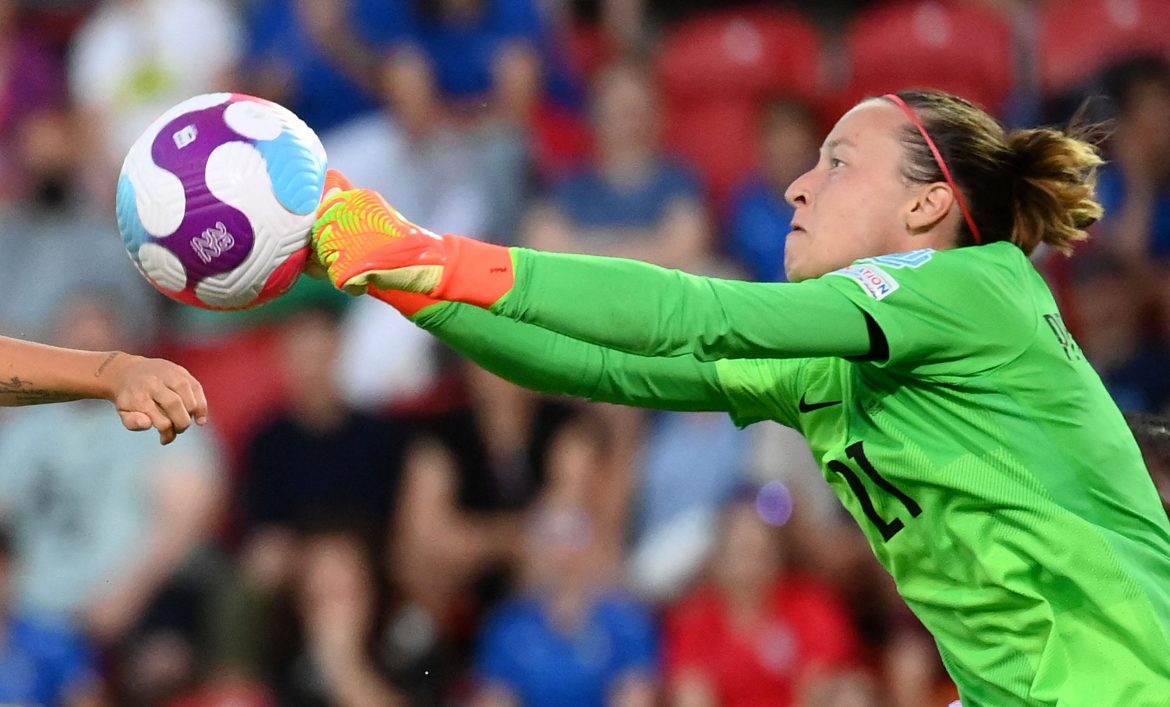 As reported by Foot 01, France’s Euro 2022 goalkeeper Pauline Peyraud-Magnin (30) has had to deal with the personal tragedy of the death of her ex-girlfriend, who was 27 years old at the time of passing away. Whilst the two were in a civil partnership for two years, the couple had broken up only weeks ago.

The French Football Federation offered their support in an official statement: “The FFF and the entire French women’s team fully support Pauline Peyraud-Magnin in the personal tragedy she is currently going through and sends its condolences to the bereaved family. The FFF and the French women’s team will make no further comment on this bereavement which concerns the private life of a French team player and calls for respect for her private life and her grief.”

Paris Saint-Germain and France full-back Sakina Karchaoui spoke to Le Parisien about the tragedy and how the team are supporting their shot-stopper: “There is solidarity among us, that’s for sure. Afterwards, it’s her private life, we’re not going to interfere. But here’s the thing: she has been affected and she knows very well that she has our support. But it will remain her private life.”

Peyraud-Magnin has carried on playing and performing in the Euros despite tragic circumstances, as France have already confirmed their spot in the quarter final stage, and will play Iceland in their last group game on Monday.