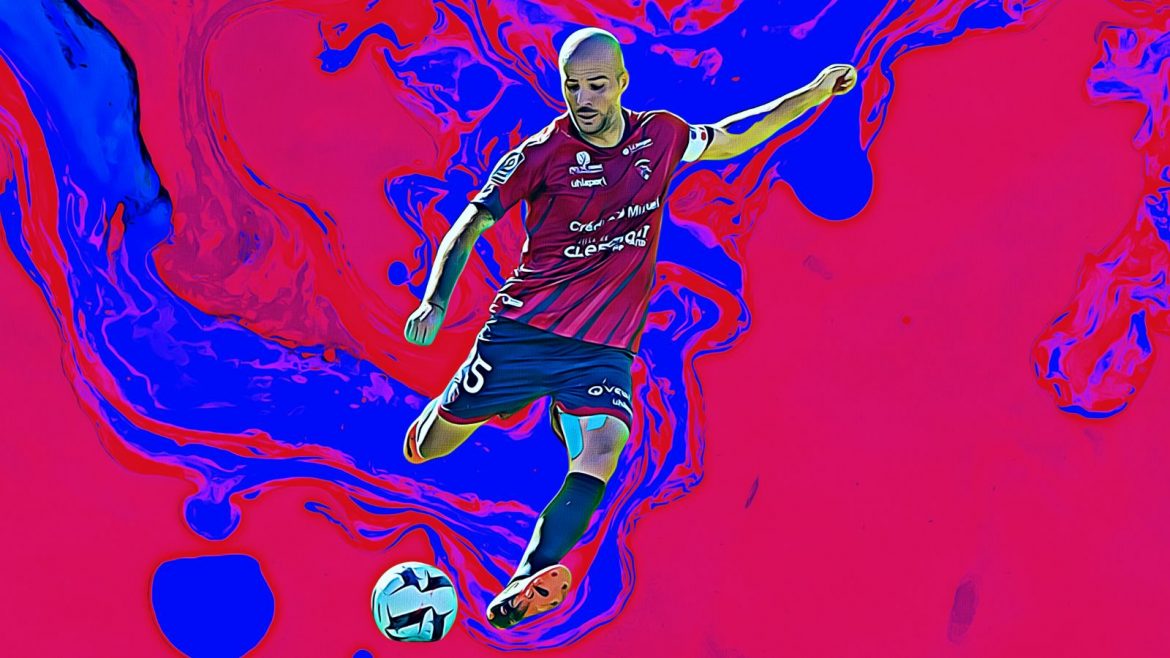 Key Man: Johan Gastien – Clermont start the season with a completely reconstituted defence. Departed flying full-backs, Vital N’Simba (Bordeaux) and Akim Zedadka (Lille) will be missed while two new and inexperienced central defenders are now charged with defensive solidity in unfamiliar surroundings. Given that inexperience, Johan Gastien, son of coach Pascal, will assume responsibility in guiding the new back line through the season from his position at the base of midfield. Despite last season being his first full campaign in Ligue 1 at 33, Gastien looked like a seasoned top-flight pro. His intelligent passing and robust midfield presence made him difficult to dispossess and tricky to unsettle, despite Clermont scrapping their way through much of the year. Although his team barely survived, Gastien ranked 19th in L’Équipe’s average ratings, ahead of Neymar, Matteo Guendouzi and Dimitri Payet. In a team so experienced, Gastien’s leadership qualities, both as an example and as a director, were an underrated factor in Clermont’s survival. They’ll need the composed younger Gastien to lead the way once more if his father is to repeat the feat.

Signing To Watch: Maxime Gonalons – Having lost top scorer Mohamed Bayo’s 14 goals to Lille, Clermont will need to improve defensively. Now 33, after spells with Roma, Sevilla and Granada, former Lyon midfielder Maxime Gonalons will be crucial to the effort, an able partner to Gastien at the base of midfield, as the expansive Clermont of last season may be reigned in. Gonalons’ calming influence and technical ability will be needed to tighten and pacify a previously porous back line that conceded 69 goals last term, a concern for a team that only mustered 36 points. Despite a full season in the top flight, squad turnover and a lack of Ligue 1 know-how generally mean Gonalons’ 250 Ligue 1 appearances represent a sizeable chunk of Les Lanciers’ Ligue 1 experience. Dragging Clermont to safety is a tall order for the Frenchman, however, as, despite his quality, he’s noticeably slowed in recent times and he’ll need significant support if his club are to stay up.

Transfer Window Analysis: Despite keeping largely the same squad that won promotion to Ligue 1 for the first time in the club’s history, Clermont enter September even weaker than they started last term when a strong start saw Gastien’s side narrowly avoid relegation, as they were quickly found out and picked apart. An overhauled defence lacks depth and Ligue 1 experience on paper but incoming centre-backs Mateusz Wieteska, a Poland international from Legia Warsaw, and Belgian Maximiliano Caufriez have started well, as has full-back Borges. There are pacey and skilful, if flaky, options in wide forward areas such as Jim Allevinah, Jodel Dossou and Elbasan Rashani, all of whom had their moments last season while the waspish and versatile Muhammed Cham, a surprise signing from the Austrian second tier, has made a thrilling start in Ligue 1 and is rapidly becoming the club’s new creator-in-chief. Cham’s form, and that of other signings, suggests that Clermont’s recruitment depart could be the ones to thank if the club survives.

Strengths: Coach Gastien was credited with sticking to his guns last season, continuing with the same style that carried Clermont to promotion. His side were usually bold and always unfazed by the league’s bigger sides, imposing themselves in midfield and using the ball neatly, progressively and precisely, especially out wide. The main components of that move construction remain as does the intelligence and technical wherewithal of Gastien junior, Allevinah and Rashani, which suggests that Clermont are capable of creating chances and keeping possession better than their direct rivals at the bottom of the table. Despite Cham’s promising start at the midfield’s sharp end, however, taking those chances consistently is another matter.

Weaknesses: Without Bayo, who was responsible for many of the club’s more memorable moments last term, Gastien’s striking options are thin. Although Allevinah and friends are capable of creating moments, replacing Bayo’s 14 goals, the most in the bottom half of the table, will be tough. Andric Komnen joined from Dinamo Zagreb as Bayo’s replacement, but his 12 goals in 42 games there doesn’t inspire confidence, nor does the fact that he’s scored in just one of his first seven Clermont outings.

Verdict: Clermont were fortunate to stay up last season. If the campaign had been a couple of games longer, they likely would have continued their inexorable slide down the table and through the Ligue 2 trapdoor. A smash-and-grab start of two wins and two draws effectively kept them up. This year, however, the element of surprise has gone and four automatic relegation spots make a weaker squad’s task even harder than before. However, promising starts to the season from some left-field signings and some impressive results, winning three of their first seven games, gives genuine hope of survival in a tight bottom half of the table.