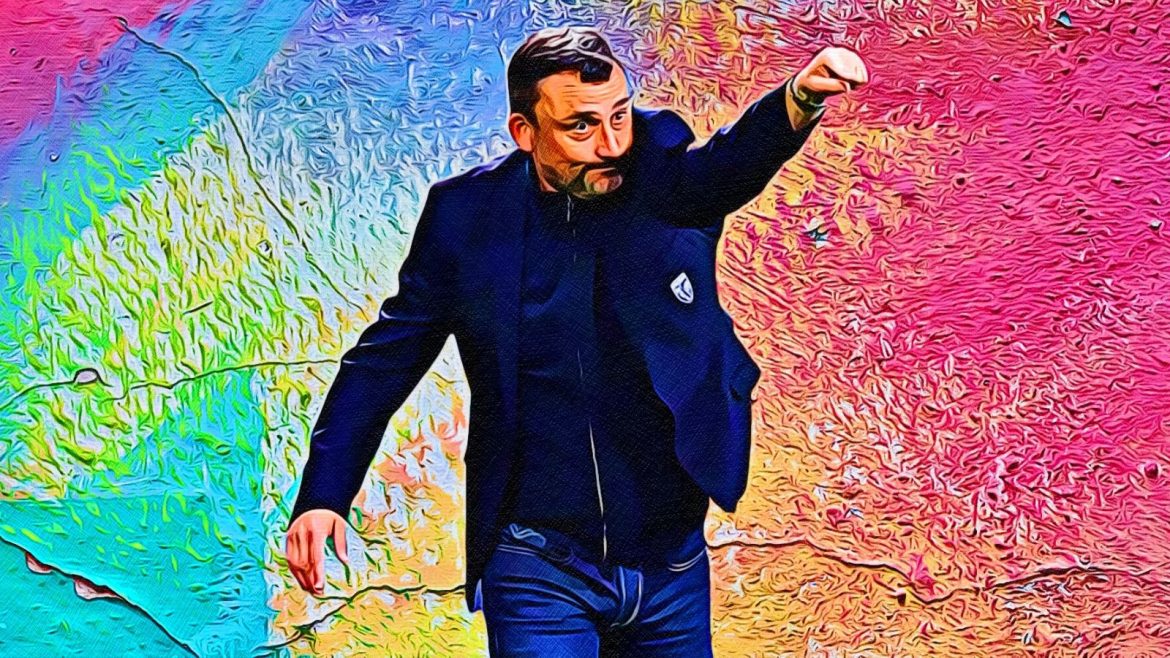 September 14, 2022
This is part of our 22/23 Ligue 1 Handbook, the ultimate guide to French Football – You can see our end of season predictions and read every team’s profile right here.
Key Man: Seko Fofana – The first non-PSG player to win the GFFN 100, if Lens were reliant on any one player it would be Seko Fofana. He’s the driving force behind the recent success of the Sang et Or and has stepped up once again after the departure of midfield partner Cheick Doucouré to Crystal Palace in the summer. The 2021/22 season was fruitful for Fofana, who finished within L’Équipe’s ten highest rated players last season and was named in the Ligue 1 best eleven after starting a total of 41 games and scoring 10 goals from central midfield. Fofana can make or break games for Lens and tends to favour dribbling runs and longshots to pose a potent midfield attacking threat. This season has been more challenging for the Ivory Coast international with the loss of Doucouré and right-wing-back Jonathan Clauss to Marseille. However, his performances have remained vital to Lens and the captain signed a new deal until 2025. He struggled in the latter stages of last season, noticeably fatigued after the pressure of being Lens’ all-round man. However, he’s showing no signs of slowing down after a promising start to the season.

Signing To Watch: Loïs Openda – After top scorer Arnaud Kalimuendo returned to his parent club, PSG, following a successful loan spell last season, before signing for Rennes, the arrival of Belgian forward Loïs Openda is designed to fill the 20-year-old’s boots. The 22-year old was sent out on loan to Vitesse Arnhem from Club Brugge over the last two seasons and had an impressive goal-scoring record in the Eredivisie, scoring on 37 occasions over 88 appearances. Openda is a potent poacher with quick reactions, possesses a deadly strikers’ instinct and also has the ability to carry the ball and progress play. He’s started well in Ligue 1 with four goals in his first seven appearances.

Transfer Window Analysis –  Whilst Lens lost key players in Doucouré, Clauss, and Kalimuendo over the summer, their replacements have been effective in giving continuity to the side and, in some cases, have actually improved the squad. A key summer recruit was Nottingham Forest’s promotion-winning goalkeeper Brice Samba, who has guaranteed solidity between the sticks for Lens, enjoying a decent save percentage over his first seven games of 76.9% with Wuilker Faríñez, who was expected to take over as number one, suffering a long-term injury. Lens have also added proven Ligue 1 quality. Clermont’s Salis Abdul Samed has been brought in to fill the Doucouré shaped hole in midfield and has formed a similar partnership with captain Fofana, providing quiet but essential defensive solidity, which, alongside the Sang et Or’s dynamic defence and dangerous wing-backs, offers an good attacking springboard. Fellow 22-year olds Lukasz Poreba and Bordeaux’s Jean Onana were also brought in for defensive midfield cover with Anger’s Jimmy Cabot offering competition for a resurgent Przemysław Frankowski and the underrated Deiver Machado on the wings. Alexis Claude-Maurice’s arrival from Nice also makes for a astute replacement for the out of favour Gaël Kakuta as the creative fulcrum behind strikers Openda and Florian Sotoca.

Strengths – Lens’ success last season was built upon an unstoppable midfield partnership between Chieck Doucouré and Seko Fofana and was enabled by Frank Haise’s adventurous system, which gets the best out of his players, coupled with a strong mentality to complete an enterprising style that Ligue 1 sides are still yet to fully shut-down on a regular basis. Few teams in Europe are as well balanced as Lens who remain defensively sound thanks to the combative Kevin Danso and one of Ligue 1’s most underrated players, Jonathan Gradit, at the back. Fofana, who took the third most shots in Ligue 1 last season despite being a central midfielder, continues to play a number of roles in midfield while Sotoca and Openda offer pace and creativity in attack. Crucially, Haise’s wing-backs support each of those areas, offering defensive reinforcement and creativity from wide areas while also stretching teams with their intensity. Finding weaknesses in Lens’ team isn’t easy for opposition coaches.

Weaknesses – Lens’ blistering unbeaten start has been a joy to watch for neutrals, but the only worry for Lens is whether they can keep up this pace in Ligue 1 for a whole season. Fofana’s obvious fatigue towards the end of last season should be taken as a warning by Haise, despite his side matching PSG and Marseille in the early running. Haise, however, is keeping his side’s feet on the ground but potential interest in the French manager (and his players) from the Premier League could derail what has been Lens’ most impressive start to the season since their return to Ligue 1 in 2020.

Verdict – After missing out on European football on the final day last season, Lens will be hoping to build upon their swashbuckling 7th-placed finishes of the last two years. They’re certainly on course for repeating that feat after an unbeaten seven game start while the break for the World Cup could provide a chance for Haise’s side the recover and regroup in a bid to maintain their intensity into the second half of the season – a rare luxury.