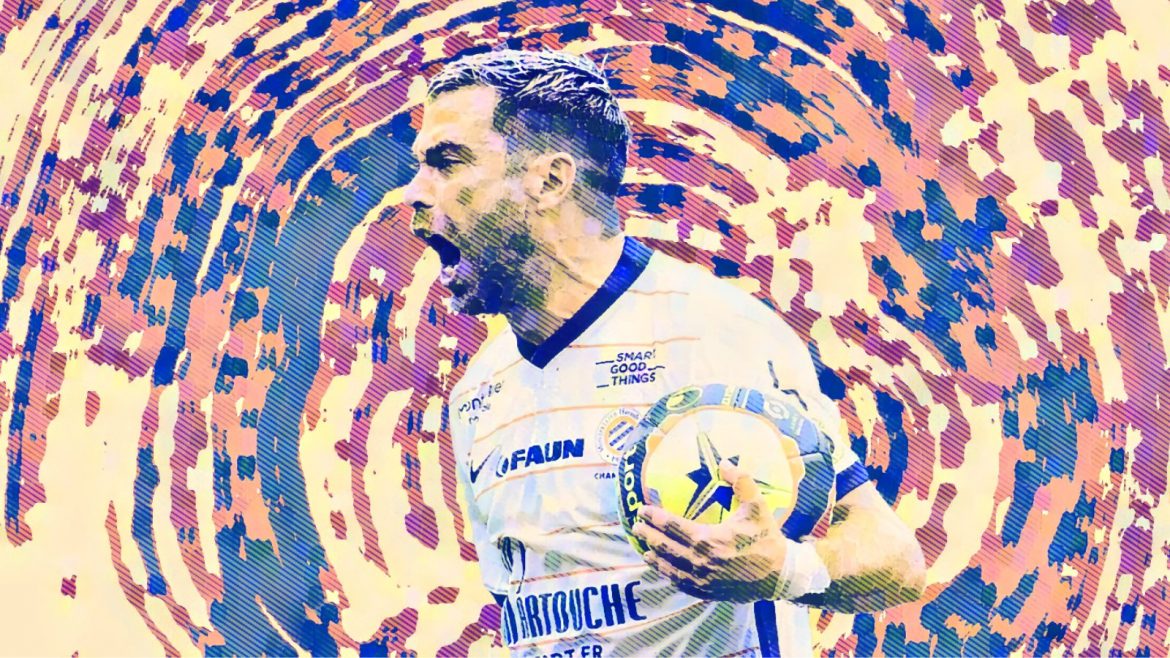 Key Player: Téji Savanier – Club captain Téji Savanier makes everything tick on and off the pitch at Montpellier. Whether scoring an imperious free kick or linking midfield and attack with a breath-taking pass, Savanier is crucial to Montpellier’s style. Often trying passes that others wouldn’t dream of, there aren’t many midfielders in Europe who can be compared with Savanier’s progressive and expressive play, shown by his 5.85 progressive passes per 90 minutes. His success rate may not be the highest, but it’s the Frenchman’s risk-taking that makes him so unpredictable. Savanier is also a threat in the final third, and his eight strikes and seven assists meant nobody contributed to more goals for Montpellier last season. Unafraid of shooting from distance, Savanier can score from almost anywhere. If he can come up with more moments of brilliance and be the same influential figure, Montpellier will owe their successes this season to the Frenchman.

Signing To Watch: Wahbi Khazri – Vital to Saint-Étienne’s few recent successes before their relegation, it will be interesting to see what sort of influence Whabi Khazri holds under Olivier Dall’Oglio at Montpellier. Scoring 10 goals last season shows that the Tunisian will add firepower at La Pallaide, who struggled in front of goal towards the back end of last season. After teenager Elye Wahi enjoyed his best scoring season yet, Dall’Oglio needs to find a way to use Khazri in tandem with his growing list of attacking options, which includes exciting Englishman Stephy Mavididi. Considering the influence Khazri held at Saint-Étienne and his consistent Ligue 1 scoring record, this free transfer could become one of the signings of the season. His early season form has demonstrated as such, helping MHSC revive their goal-shy nature as both a goal threat and a facilitator.

Transfer Window Analysis – A shrewd Montpellier only spent £900k this summer0. Considering their struggles in front of goal, strengthening their attack was the priority. Khazri already seems at home with three goal contributions in his first five appearances. Former Toulouse centre-back Christopher Julien’s return to France from Celtic, meanwhile, offers experience in the defensive department. That increase in Ligue 1 know-how is key for a club looking to recover from a rocky end to the season but there’s a lack of depth in midfield, which hasn’t been addressed. Savanier is Montpellier’s beating heart and the wily Jordan Ferri has been around Ligue 1 for a long time at the top level but, if Savanier was to get injured, Montpellier’s chances of success would be badly damaged with no evident replacement and a lack of depth in central areas generally. However, Faitout Maouassa, who returns from an unsuccessful spell in Belgium after leaving Rennes, and Aranud Nordin, a versatile forward from Saint-Étienne, add pace, intensity and creativity from wide areas. Both have made good starts in Montpellier’s attacking setup.

Strengths – With Nordin and Khazri free signings, Montpellier have looked their strongest in attack since the departures of prolific strikers Gaëtan Laborde and Andy Delort last summer. There was a lack of grit in their performances at the end of last season and they lacked a clinical edge in front of goal, but, with Wahi still improving, Khazri renowned for being a handful and Mavididi’s impressive finishing, Montpellier should eradicate last season’s more goal-shy nature. Nordin isn’t the most prolific but offers a dynamic and pacey option and depth to what could be an imposing front three while journeyman Ligue 1 striker Valère Germain offers a reliable reserve option up front.

Weakness – While Montpellier are blessed in forward areas, the rest of the team raises questions. Jonas Omlin is one of the best keepers in France but those ahead of him didn’t cover themselves in glory last season. The back line has been strengthened by Jullien but consistency is needed if Montpellier are to improve as a unit which is proving tricky as defensive leader, former Liverpool and Crystal Palace defender Mamadou Sakho, has yet to assert himself in Ligue 1 since his return. Central midfield is also a concern given that Savanier is relied upon so heavily for transition and output and, without him, Montpellier would be looking down the table rather than up.

Verdict – Montpellier have had a mixed start to the campaign but their form has improved from a rocky second half of last season. Attacking improvements should address issues in the final third with Khazri the stand-out acquisition. How quickly Jullien finds his feet, out of favour and injured at Celtic in recent months, will be key but he has the quality to improve the defence. However, it appears Dall’Oglio is a Savanier injury away from his season being derailed after the midfield departures of Florent Mollet for Schalke and Remy Cabella for Lille.