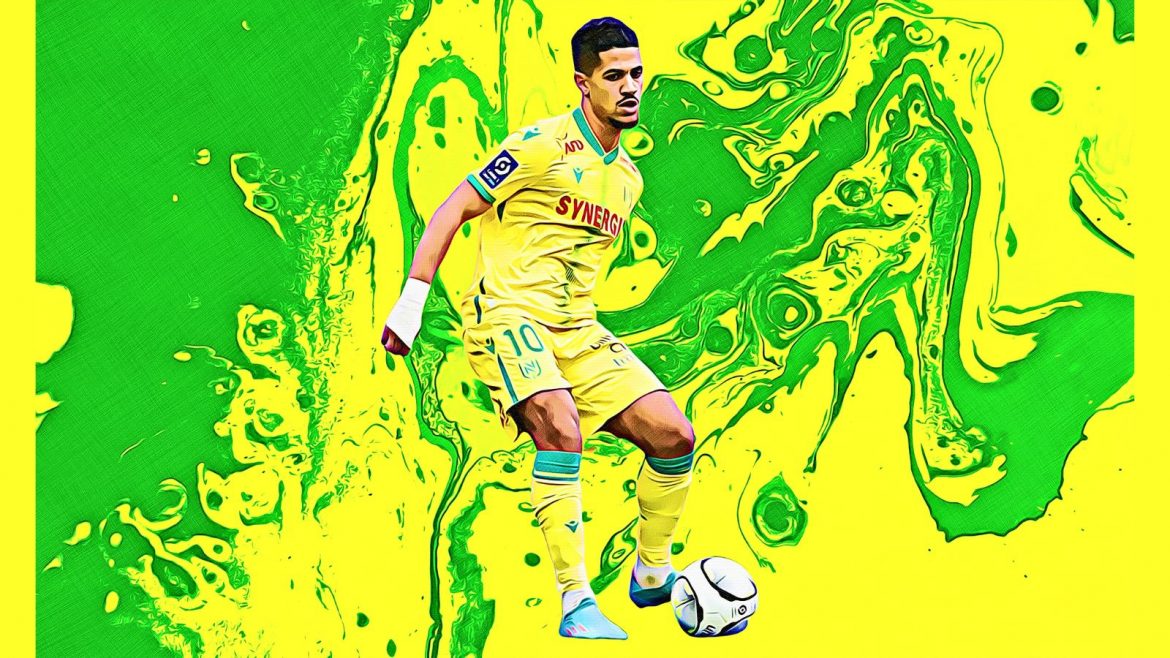 Key Man: Ludovic Blas – No player has shone more brightly in Antoine Kombouaré’s resurgent Nantes side than Ludovic Blas. The playmaker ended the season as Les Canaris’ top scorer with fifteen in all competitions, including the winner from the penalty spot in May’s Coupe de France final against Nice. The quick-thinking midfielder has more than just the finishing touch though, as he orchestrates the team’s lightning-quick counters with poise. His vision and ability to squirm out of tight situations will make him the team’s key asset once again as they take on Europe. The team were able to hold on to him despite being strongly linked with a move up north to Lille, and his decision to stick around for the Europa League campaign is already paying off – it was his two assists which set up the 2-1 win over Olympiacos on Matchday One.

Signing To Watch: Moussa Sissoko – Les Canaris have managed to hold on to two of their most important assets in goalkeeper Alban Lafont and playmaker Blas but the addition of Moussa Sissoko and his experience will also prove vital to guide a relatively young squad through a European campaign, even if he did miss a big chunk of the start of the season through injury. Most importantly, though, Kombouaré was just about convinced to stay on as manager, but this year will ostensibly be his last on the banks of the Loire. With that in mind, Les Canaris will be hoping that, if anything, their European campaign can serve to establish a sustainable platform for success going forward.

Transfer Window Analysis – For Antoine Kombouaré to have dragged a downtrodden Nantes from the brink of relegation to European football within a year is nothing short of a miracle, and holding onto their coach might be the summer’s biggest triumph for Nantes. Friction between Kombouaré and club president Waldemar Kita had led to a seemingly untenable situation in which a coaching change appeared certain but the wizened coach remains, for now. An overhaul in the playing squad was also likely given how many from their young team impressed over the course of the season, turning heads across Europe. However, with the exception of silky striker Randal Kolo Muani, Nantes have down well to hold onto their star players especially as skilful winger Moses Simon, Blas and Lafont were all seemingly on their way out at one stage. Sissoko’s arrival adds experience and quality while the club will hope one of three new forwards can replace Kolo Muani. Ignatius Ganago has proven a lively striker with Lens when fit and on form and will be a dangerous option in attack in Ligue 1, if he can find his rhythm, while Nice prospect Evan Guessand has looked promising during his fleeting chances at the Allianz Riviera.

Strengths – Last season was peppered with bombastic attacking bonanzas, led by the triple threat of Blas and forwards Moses Simon and Kolo Muani. The team hit four past Angers and Lorient and beat Bordeaux 5-3, but the highlight of the league season was once again a defeat of PSG, as the eventual champions were blown away in a match that saw Nantes go into half-time 3-0 up. With the forward line changed from last year, though, it’s in other positions that the team now excel – from the safe hands of Alban Lafont, to the defensive steeliness of Nicolas Pallois and the creativity of Ludovic Blas, not to mention the midfield efforts of Samuel Moutoussamy and Pedro Chirivella.

Weaknesses – Last season, the big wins did admittedly paper over the cracks of some less flattering results as the team struggled with consistency, consecutive losses to Troyes and Lille came just as it looked like they could challenge for a spot in Europe via the league. That said, even if what was on the pitch might not always have been a replica of the famous jeu à la nantaise style that won the club the 1995 title, the Beaujoire faithful finally had reason to be cheerful again. The clear weakness this season is in the attacking department, though. With Kolo Muani having left on a free for Eintracht Frankfurt, and other options in Kalifa Coulibaly and Willem Geubbels gone, the club have sought to replace their attacking output with 3 forward signings. They drafted in Egypt forward Mostafa Mohamed, who to his credit has three goals already this campaign, as well as a loanee in Evann Guessand from Nice and Ignatius Ganago from Lens. While the club will argue it now has strength in depth, it’s hard to see how any of those arrivals can replicate the spark that Kolo Muani brought.

Verdict – The 4-0 loss to a resurgent, new-look PSG in the Trophée des Champions will have laid bare the gulf that separates Nantes and the upper echelons of the league, despite giving an acceptable account of themselves in Tel Aviv. Fighting on both fronts will be impossible, but the top-level experience – and the opportunity to put players in the shop window – will be a valuable one for a historic club that finally looks to be back on the up.