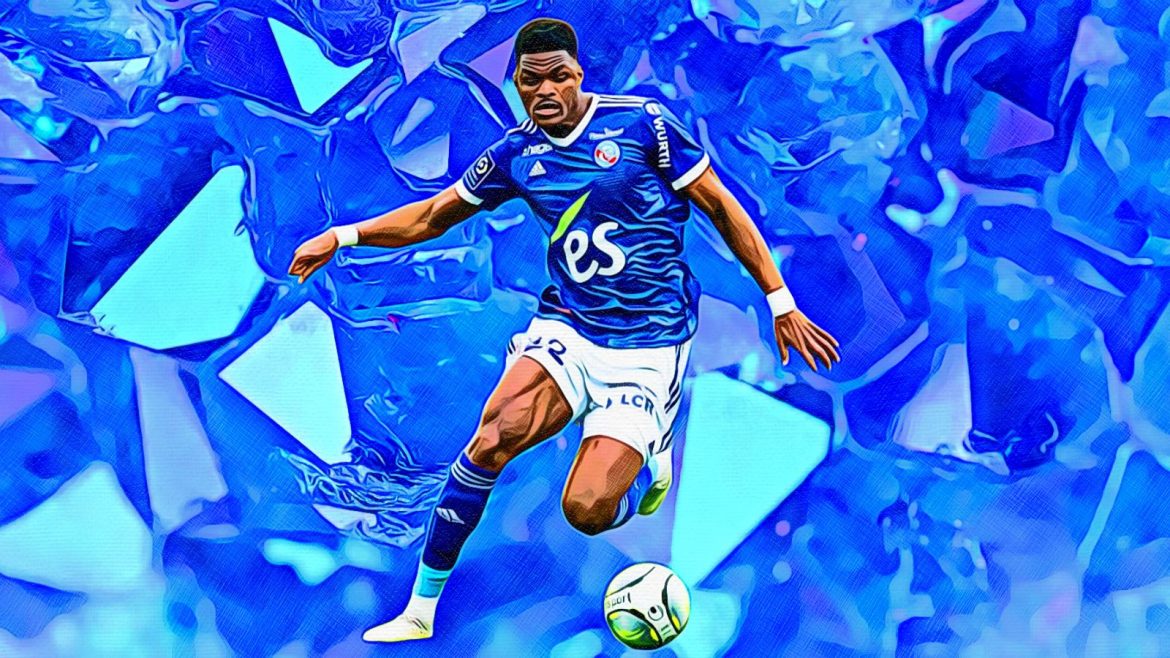 Key Man: Jean-Ricner Bellegarde – This season, Strasbourg will look to attack-minded midfielder Jean-Ricner Bellegarde to become the player he promised to be upon joining the club back in 2019. He arrived as a 20-year-old member of the French under 21s but somehow, be it lack of game time or ex-manager Thierry Laurey’s tactics not suiting his style, he never managed to reach the level that once seemed possible. Last season, with more time on the pitch than before, Bellegarde began to show glimpses of real quality. Over the last year, he’s managed 1.47 dribbles per 90 minutes, ranking him in the top 7% of Europe’s midfielders. Last season in Ligue 1, Bellegarde added two goals and three assists from 26 starts. Now aged 24, he needs to break out of his shell and become the main creative outlet for Strasbourg, who’ll be looking to put last season’s final day disappointment behind them and consolidate themselves as a top-half team.

Signing To Watch: Colin Dagba – After once looking like one of the hottest prospects in French football when he burst onto the scene as a 19-year-old at Paris Saint-Germain, the Colin Dagba hype train seems to have been derailed. After just two Ligue 1 starts last season, Dagba will be looking for regular football for the first time since his days in the PSG youth set-up. Dagba will have to replace Frédéric Guilbert at right-wing-back, who spent a season and a half on loan from Aston Villa but has now returned to his parent club. A massive loss for the Alsatian club, Guilbert was key in the attacking phase, overloading the right side. If Dagba can get anywhere near Guilbert’s success he’d consider his season on the banks of the Rhine a success.

Transfer Window Analysis – Strasbourg have an average-sized first-team squad but they lack depth in certain areas. With the departure of versatile defender Anthony Caci to Mainz, Metz’s Thomas Delaine arrived at left-wing-back but there are no natural left-backs to replace him. In recent years, ageing club legend Dimitri Liénard has played in that position, but he’s not getting any younger while loan signing Ronaël Pierre-Gabriel from Mainz can play there but is naturally right-footed. Promisingly, however, Strasbourg have a lot of younger talent this season coming through from their second team such as 20-year-old French attacking midfielder Nordine Kandil, 18-year-old Senegalese defensive midfielder Habib Diarra and 19-year-old French centre-back Ismaël Doukouré are the pick of the bunch. Retaining top scorer Ludovic Ajorque and leading centre-back Alexander Djiku, when both were slated for an exit, was a victory for coach Julien Stéphan in the short term but both will now likely leave for free next summer.

Strengths – In goal, Strasbourg have real quality. Matz Sels asserted himself as one of Ligue 1’s best ‘keepers last season, finishing runner-up for the golden glove. Strasbourg’s midfield looks strong, with Adrien Thomasson, Bellegarde, Sanjin Prcić and Ibrahima Sissoko all either in their prime or due to hit it over the next few years. Meanwhile, in Stéphan, Strasbourg have one of the most exciting young managers in European football and, considering the way he got Racing playing last season, they are in a great position to build upon despite a slower start than expected.

Weaknesses – In the short term, Strasbourg look a little light in the centre of defence, with Lucas Perrin and Gerzino Nyamsi out injured. These two players were pivotal in Strasbourg’s European charge last season and, as the opening few games of this season have proved, are a level above the players that have come in to replace them, namely an ageing Maxime Le Marchand and the young Ismaël Doukouré. Also, with Ajorque possibly not being in the right headspace after a summer of intrigue surrounding his future and fellow striker Habib Diallo not particularly prolific so far, Strasbourg look slightly lacking in attacking threat, though should these two normally top-quality forwards start firing again soon.

Verdict – Facing their sixth consecutive season in the top flight, Strasbourg are a solid side no longer looking to just stay afloat. The Alsatian side will be aiming to remain in the top ten and even push for Europe once again, despite their rough start to the season. With their policy of not being able to spend money without selling players first, Strasbourg have failed to build on their success of last season, losing two of their better players in Guilbert and Caci for free. With a lack of proven quality coming in, Strasbourg will be happy with a comfortable mid-table finish.