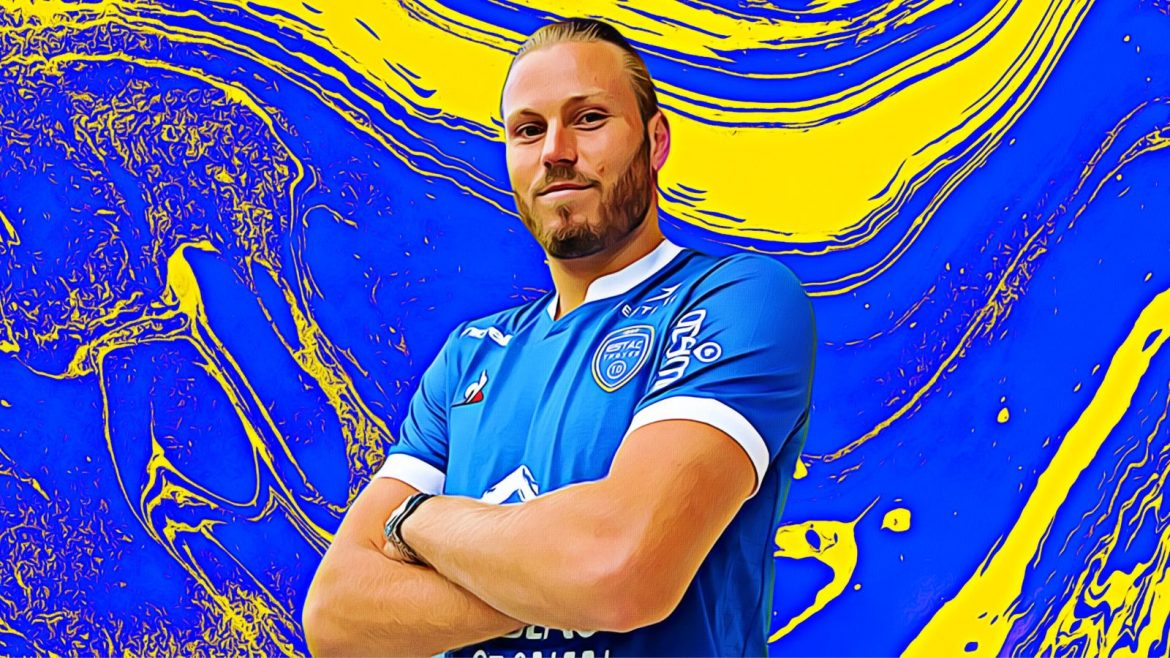 Key Man: Rominigue Kouamé – As part of Ligue 1’s most under-the-radar team, central midfielder Rominigue Kouamé’s performances went largely unnoticed outside the Stade de l’Aube last season. However, few Ligue 1 midfielders offer the calm dynamism, neat technical ability and considered passing of the Malian international midfielder. Having failed to break through at Lille early in his career, Kouamé is something of a late bloomer by today’s standards after failing to settle on loan with Paris FC and in Belgium too. However, now 25, he’s finally found a home and his best form in Champagne. Summer interest was, oddly, largely absent, but another season of the same consistent, effective performances and Kouamé won’t be sticking around at ESTAC much longer.

Signing To Watch: Andreas Bruus – Having lost Giulian Biancone, who impressed for Laurent Batlles in the first half of last season as a wing-back before oddly losing his place under Irles, who saw him more as a centre-back, reinforcements at wing-back were desperately needed. Dane Andreas Bruus fills the gap left by Biancone’s €9m move to Nottingham Forest. A Danish youth international, the 23-year-old right-back, who can play anywhere on the right-hand side, has already amassed some considerable European experience and recently became first choice at Brondby, who finished fourth in Denmark last season, where he tallied 85 senior appearances.

Transfer Window Analysis – Backed by the City Group, led by Manchester City, Troyes have access to resources and players their rivals don’t. Although the Champagne club’s signings have been hit and miss over the last 18 months, what was once an unwieldy squad has been trimmed neatly in the last two transfer windows leaving a well-balanced and surprisingly deep group for a club at this end of the league. However, if coach Bruno Irles persists with a three-at-the-back system, over his favoured four, he may find he’s lacking in established centre-back cover with just four senior central defenders, one of which is 36-year-old Adil Rami. However, PSG loanee Thierno Balde and Pape Yade from Metz are useful new wing-back options to support Bruus and the talented but erratic France under 21 international Yasser Larouci, formerly of Liverpool. Thanks to the arrival of Lucien Agoume, who quietly asserted himself on loan at Brest from Inter Milan last season, there’s also now significant competition for midfield slots. So much so, that one of the team’s standout players from last season, Xavier Chavalerin, is struggling to recapture his place in the side. Former Chelsea striker Ike Ugbo’s return from Genk is a low-key win after his solid start to life in Ligue 1 last season, with more experienced incumbent strikers Renaud Ripart and Mama Balde now under pressure. Meanwhile, forward Rony Lopes’ arrival from Sevilla is a major coup for a club like Troyes and underlines the importance of their Manchester City connections. Not so long ago, the Portuguese was arguably Monaco’s star player. With Biancone the only major sale, the summer was a good one for ESTAC.

Strengths – While Troyes are less reliable in attack than some of their rivals, the quality of the supply to their forwards is some of the best in Ligue 1’s broad relegation fight. That fight could include up to ten teams this season with four clubs automatically dropping to Ligue 2 as the league cuts to 18 sides. Chief among those supplying the chances is captain and technical sentinel Florian Tardieu, who was long underrated in the second tier before he adapted nicely to top-flight football last season. Alongside him, Kouamé provides stability as something of an all-rounder and the glue that holds the ESTAC engine room together. Chavalerin and Agoume make for a gifted and intelligent quartet.

Weaknesses – Irles’ attempts to move to his favoured four-man defence proved fruitless last season as he inherited a squad built for 3-5-2 by his predecessor, Batlles, who was surprisingly removed mid-way through the campaign despite his team keeping their heads above water following promotion. Either way, it’s an area of the side that could be exposed at his level. World Cup winner Rami is continuing to slow while American international Erik Palmer-Brown’s suitability to Ligue 1 remains in doubt after some shaky displays last season, despite becoming first choice, and new centre-back signing Jackson Porozo from Boavista has endured a shaky start. Only the workmanlike Yoann Salmier can be truly relied upon at this stage. Such uncertainty is likely the reason Irles has stuck to a trio of defenders as all of the above look more comfortable with more support around them.

Verdict – Having traditionally struggled to survive in Ligue 1, yo-yo-ing between the top two tiers of French football in the last two decades, ESTAC eased to safety with low-key aplomb last season, despite Irles being dropped in unexpectedly in place of the promising Batlles, who joined Saint-Etienne this summer. Troyes have kept much of the same quality in midfield and attack while signing some astute additions, making them a solid, if unremarkable, Ligue 1 outfit. Although the four automatic relegation spots will be a concern, much like last season, Irles and friends should have just enough to quietly edge to safety.