Tunisia World Cup Profile | Coach Jalel Kadri says a group stage exit will see him quit, will he have to keep his word? 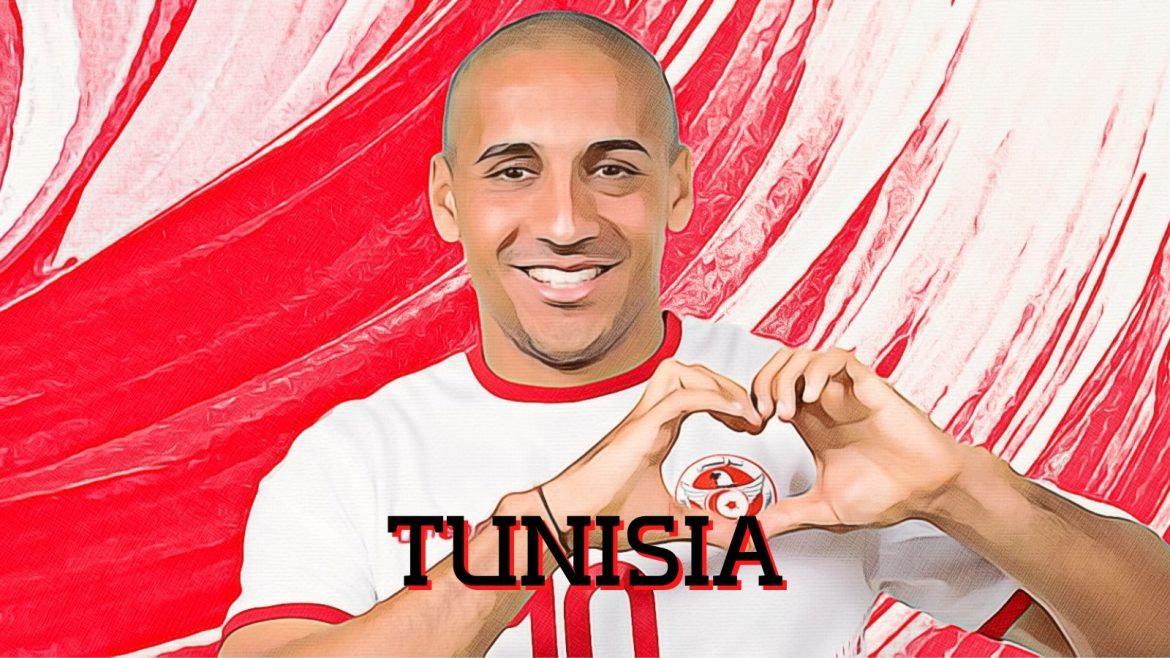 The Plan | Tunisia changed coach in January, Jalel Kadri replacing Mondher Kebaier, but are still playing with the same system they have for years. After all, they did reach the quarter-final of the Africa Cup of Nations in Cameroon this year, and the semi-finals of the same competition in 2019. Most of the players who participated in the 2018 World Cup are still in the squad but, since 2019, a good deal of work has been done to attract new bi-national players such as Hannibal Mejbri (who is at Birmingham City on loan from Manchester United), Aïssa Laïdouni of Ferencvaros, Omar Rekik (Sparta Rotterdam, on loan from Arsenal), Yan Valery (Angers), Chaïm Jbali of Lyon and Brøndby’s Anis Ben Slimane to name a few.

They arrive at the World Cup in good shape. The 5-1 defeat to Brazil in a September friendly was their first defeat since Jalel Kadri was appointed.. The team won the Kirin Cup tournament in Japan after beating Chile 2-0 and Japan 3-0, their first ever victory over the latter. Of the Brazil defeat Kadri said: “We respected Brazil too much. It’s a very big team with huge potential. But the score is too harsh. We were by no means unworthy in the second half, but we were completely overwhelmed at the start of the match. It was still a good test against a team that has big ambitions for the World Cup. We must not be ashamed of the result and we must learn from our mistakes.”

One concern is that the 31-year-old captain, Youssef Msakni, who suffered an injury playing for his club, Al Arabi, in the Qatar Stars League. This, naturally, caused concern as Msakni had missed the 2018 World Cup with a cruciate ligament injury but he seems to have recovered well and will take part in the Qatar World Cup. It could well be his last one before retirement. Kadri usually deploys an offensively-minded 4-3-3 formation, but often uses a 4-5-1 against better teams. The playing style of the Tunisian team is based on their strong midfielders. Tunisia reached the 2022 World Cup after finishing their group stage in first place, ahead of Equatorial Guinea, Zambia and Mauritania. Then, in the play-off, Tunisia won against Mali 1-0 on aggregate to secure their sixth World Cup finals appearance.

The Manager | The open minded 50-year-old Jalel Kadri was appointed as national team manager after several spells as head coach of clubs in Tunisia, Saudi Arabia, Emirates and Libya. Kadri has also twice been an assistant coach of the Tunisia national team, in 2013 and 2021-2022. People in Tunisia ‘fell in love’ with Kadri when he oversaw a precious victory over Nigeria in the Africa Cup of Nations in January while the then manager, Mondher Kebaier, was absent due to covid. After AFCON 2022, Kadri was appointed as manager and since then has lost only one game, registering five victories and two draws, with seven clean sheets. “If we do not reach the knockout phase of the 2022 World Cup, I will leave,” Kadri said on a TV show a few weeks ago. “I have a contract based on results and being eliminated from the group stage will be a failure for me.”

Star Player | Youssef Msakni, the captain. Maybe people in Tunisia dreamed of a better club career for him but Msakni chose to join Al Duhail in Qatar 2013 and his only spell in Europe was six months with KAS Eupen in Belgium. With the Tunisia national team, however, Msakni is a key player, providing solutions in difficult situations. Fans know what Msakni is capable of, and are expecting more and more from him. The 2022 World Cup will maybe be his last one. Msakni missed the previous one due to injury and in Qatar, he will be the player with the most responsibility on his shoulders. He’s the star of this team, even if some fans can be critical of him.

Unsung Hero | Aïssa Laïdouni. The 25-year-old Ferencvaros midfielder chose to play for Tunisia despite Algeria and France being options too. Simply, he’s a masterpiece, calm on the ground and very efficient. With 24 caps, he is one of the most used players since he joined the national setup in March 2021. Laïdounï has the potential to be the hero of the Tunisian national team at the World Cup and his talent is sure to attract the interest of some European clubs. Tunisians expect he will leave Ferencvaros for a bigger club after the World Cup.

Qatar Stance | Players here avoid talking about problems outside sport. In addition, more than 30,000 Tunisians work and live in Qatar. Tunisia also have many players and technical staff who are working for Qatari clubs and therefore this topic has not been discussed by players, staff or even in media here. Qatar and Tunisia are two Muslim nations, and the two countries have a strong relationship. For the players, staff and administrators, talking about issues beyond sport is not a forbidden topic, but it is also not a priority. They are all focused on to how to qualify for the second round.

National Anthem | Ḥumāt al-Ḥimá (“Defenders of the Homeland”) is the national anthem of Tunisia. The text was written in the 1930s by Mostafa Saadeq Al-Rafe’ie (a Lebanese-born Egyptian poet) and Aboul-Qacem Echebbi (Tunisian poet), who wrote the last verses (1955). The music is written by Ahmed Kheireddine. The national anthem was adopted in November 1987 and is a popular one. Here is the chorus:

Cult Hero | Too many players made history, but the most known ones are Tarek Dhiab (African Footballer of the Year 1977) and Hamadi Agrebi. The two players were in the squad that took part in the 1978 World Cup in Argentina and contributed to Tunisia’s first victory in a World Cup, when they beat Mexico 3-1 in Rosario. Tarek Dhiab and Hamadi Agrebi are still in the memory of all Tunisians fans. Dhiab works for BeIn Sports while Hamadi Agrebi sadly passed away in 2020.