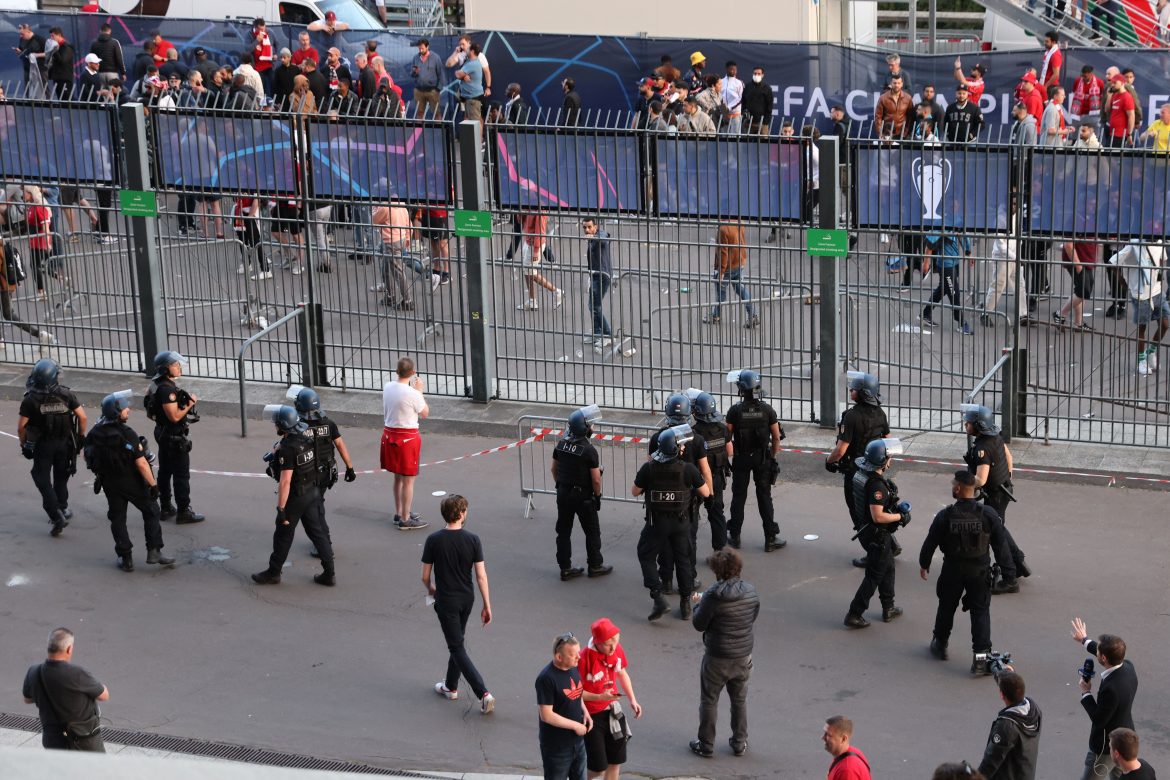 Le Parisien report this afternoon that two men have been arrested on suspicion of throwing glass bottles at military police [gendarmes] on the evening of the Champions League final on May 28.

The two are in their twenties and were identified thanks to facial recognition technology by police investigators who have been working on the events that took place in the lead-up to the match between Real Madrid and Liverpool. They could appear before court next Wednesday.

Both were arrested on Monday and are charged with being part of a group of around 30-50 people that threw bottles fans were made to leave behind as they entered the stadium. On the night, the gendarmes had charged at them once, to no avail, before finally pushing them away with a second charge.

Earlier in the week, another man was arrested by the group of policemen investigating the final, this time for assaulting Spanish fans and injuring an officer shortly before the game.

PSG coach Christophe Galtier: “For Paris, the glass is always half empty.”

PSG coach Christophe Galtier: “We have to progress on a mental level.”