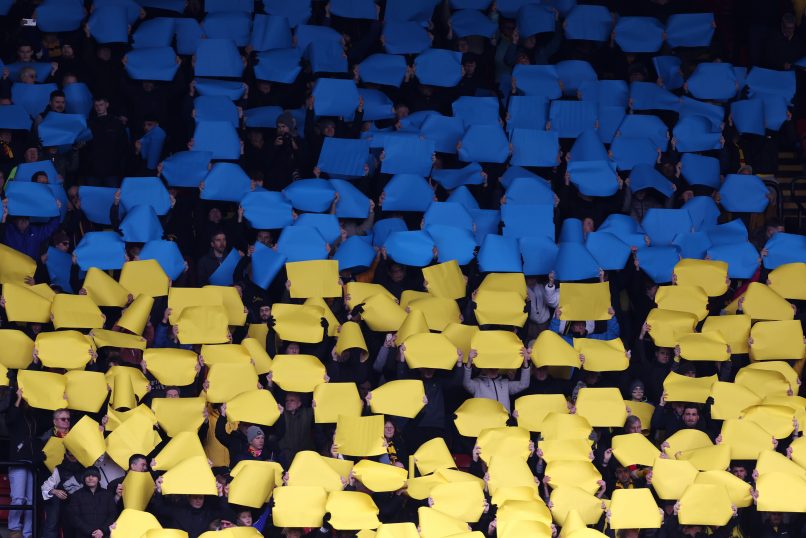 As reported by L’Équipe, Ukrainian flags will now be permitted during tonight’s Champions League second leg match between Lille and Chelsea held at the Stade Pierre-Mauroy. This had not been the case up until today, with the intention being to avoid the “politicisation” of the ground.

This falls more in line with Lille’s gestures before their game against Saint-Étienne on Friday night, when the club organised a collection of necessary products for war victims in Ukraine. The players also wore shirts that had the phrase “united for peace” written onto the back in yellow and blue. These shirts were then put up for auction, with the proceeds going to the same cause.