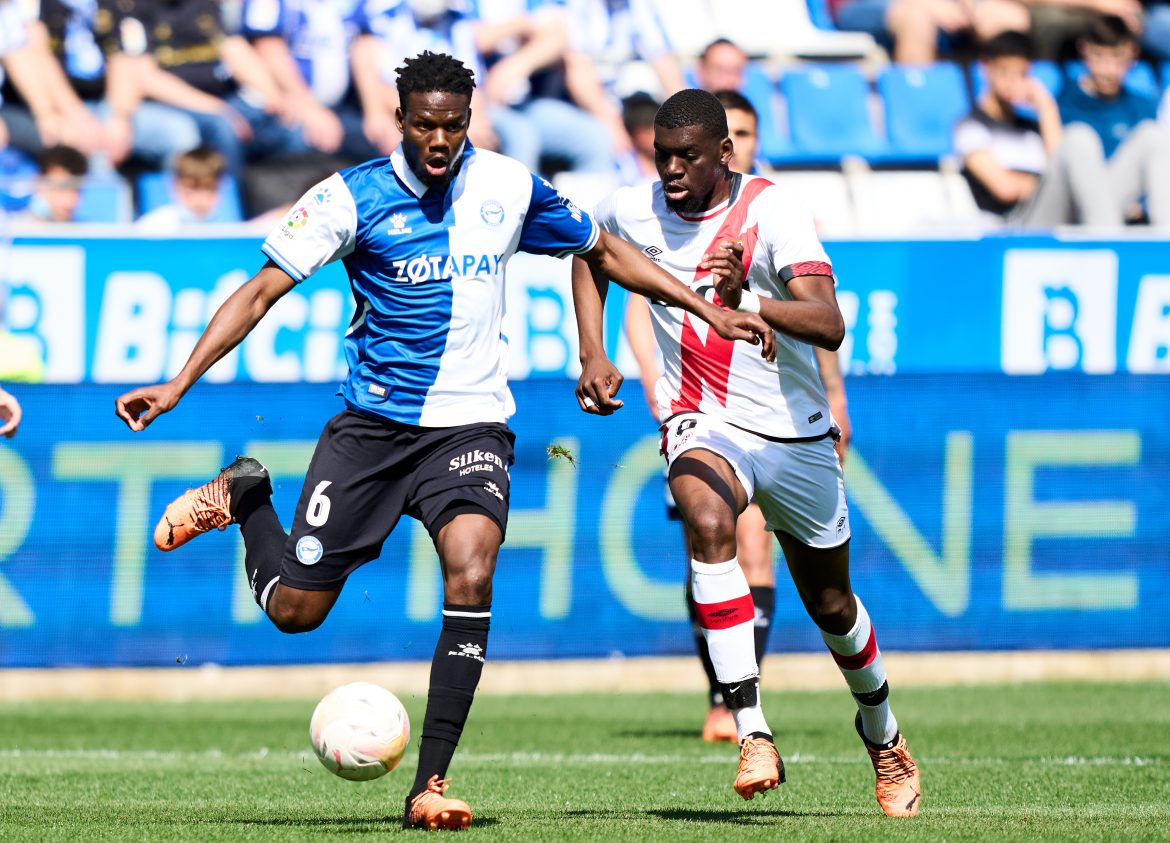 L’Équipe report tonight that Rayo Vallecano’s French forward Randy Nteka is being targeted by a host of Bundesliga clubs, as well as Valencia in Spain.

Mainz, Hoffenheim, as well as another unnamed German club which has qualified for the Europa League, are interested. His representatives have already met with the former two.

Nteka, who has spent the bulk of his career in the Spanish lower divisions until this season, has the unique profile of not having gone through a youth academy, but rather climbed his way up from regional French football to the top flight.

The Frenchman is a versatile player, able to be deployed either as a central midfielder, and attacking midfielder, or up front, as Andoni Iraola has done on various occasions this season.

He made 33 appearances in La Liga this past campaign, scoring 3 and assisting twice. Valencia are interested, having already submitted an offer for him last summer.

With his contract expiring at the end of the 2025/26 season, he is also being followed by several clubs in England. The Madrid-based club signed him for €1.3m from Fuenlabrada last summer.