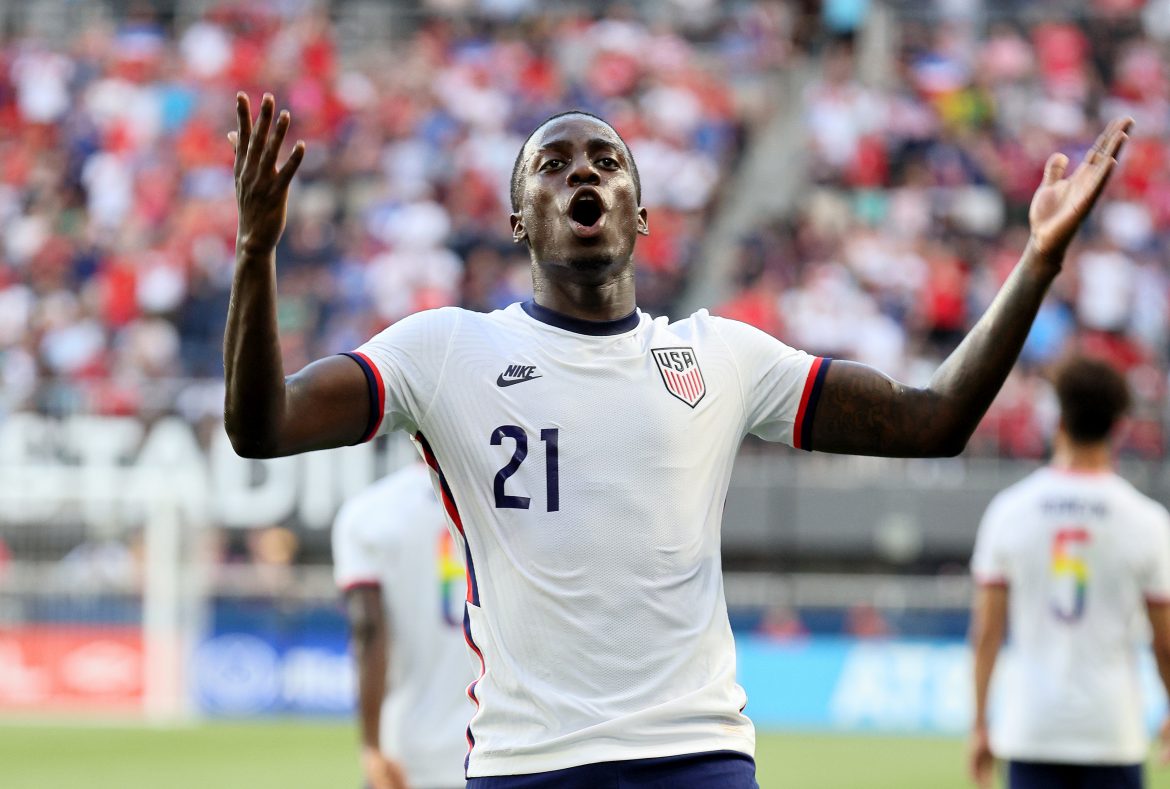 According to L’Équipe, Valencia have made a loan-to-buy offer to Lille for American forward Timothy Weah (22) – who isn’t reportedly against the idea of joining the Spanish La Liga side.

Weah is currently under contract with Les Dogues until 2024, and Lille are ostensibly against selling the striker despite interest from Valencia and Southampton. It will be a tough nut to crack for Valencia, who are looking for another forward after selling Gonçako Guedes to Wolverhampton Wanderers.

The son of Ballon d’Or winner George Weah, Timothy scored 3 goals and registered 5 assists for Lille last season. He is actually a  three-time Ligue 1 winner with Paris Saint-Germain and Lille, and joined the Northern French side from the capital on a permanent move in 2019.

The American has since made 75 appearances and scored eight goals in total for Les Dogues. The former 4-goal Celtic man is also an international with the USA’s senior side, having earned 24 caps and scored three goals after representing his nation all the way from youth level.