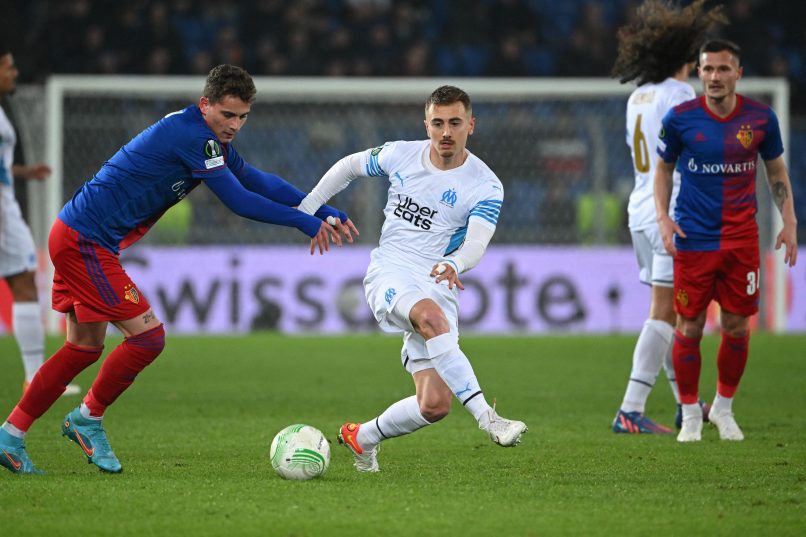 Following Marseille’s second-leg victory over Basel in the Round of 16 of the Europa Conference League, goalscorer Valentin Rongier was targeted by a projectile from the stands, as reported by L’Équipe.

As the midfielder was speaking to RMC Sport in a post-match interview, a lighter was launched from the Basel stand, known as the Muttenzerkurve, towards where he was stood on the pitch. Marseille therefore called an abrupt end to the interview for the sake of the safety of their players.

This comes after trouble between the two sets of fans during the first leg in Marseille.