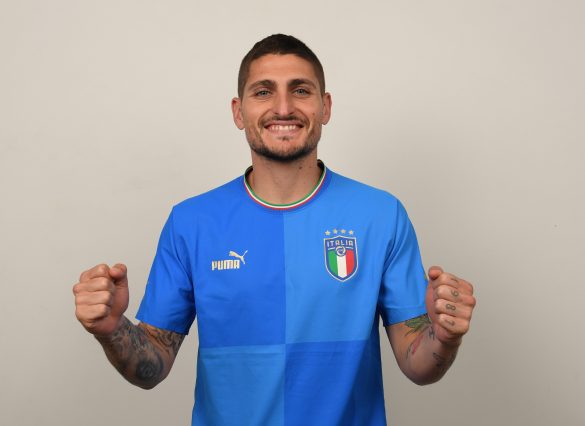 AS reported by L’Équipe – after leaving the pitch against Lyon on Sunday, Paris Saint-Germain midfielder Marco Verratti is set to not be involved in the Italian national team squad to face England and Hungry in the Nations League. Medical exams show he currently has a “a deep bruise in the left calf”. The midfielder has returned to Paris to make his recovery – as announced by a PSG communiqué on Monday.

Verratti has started every match of Paris Saint-Germain’s season so far as a vital cog in Christophe Galtier’s side – the Italian has played more than 800 minutes already in all competitions.

L’Équipe reported earlier in the month that Marco Verratti (29) and Marquinhos (28) were both set to sign contract extensions at Ligue 1 champions PSG.

Luis Campos has raised the prospect of an extension recently, with both players’ current deals set to expire in 2024. Negotiations for a new contract for both players were already well advanced with the old management of the club. Marquinhos in particular was close to putting pen to paper on a contract that would run until 2027.

The interested parties: the two players, their entourages and the club management, simply need to pick up where they left off in order to quickly conclude their contract extension agreements.

Verratti has been at the Parc des Princes for over 10 years having arrived from Pescara for a reported €12m in 2012. In that time, he has made 387 appearances for PSG, whilst Brazilian centre-back Marquinhos is the captain of the club.