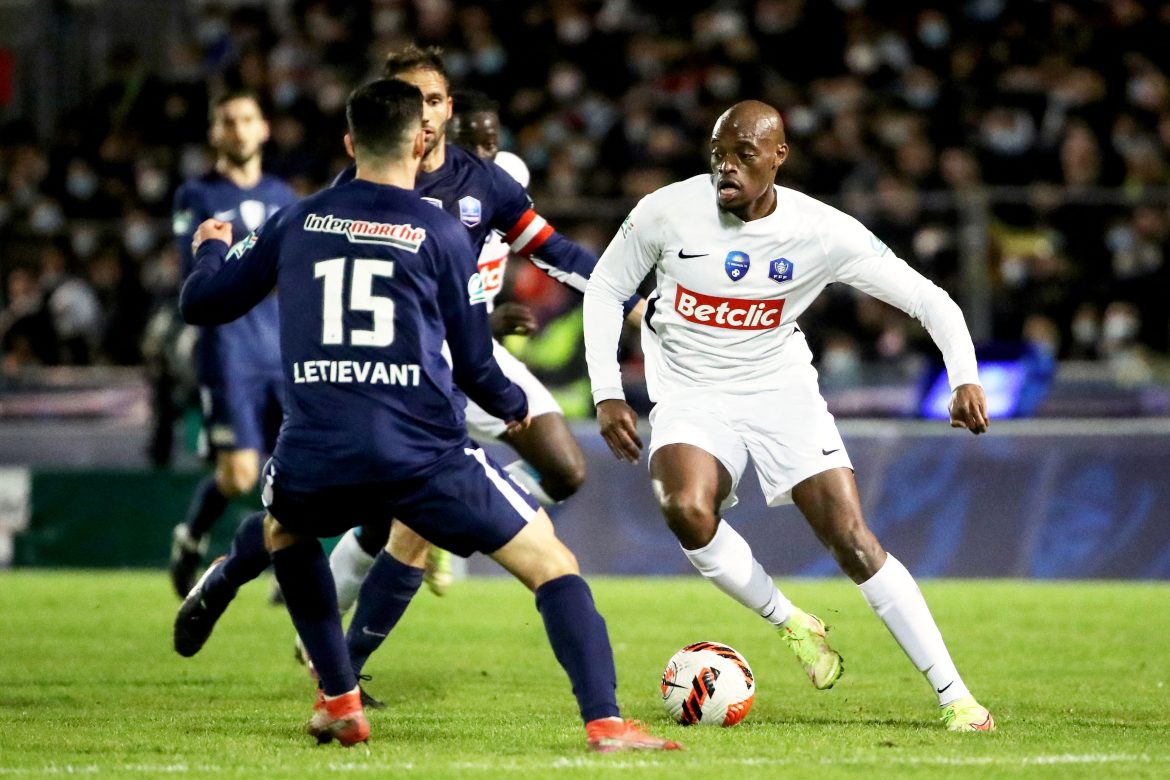 Santi Aouna is reporting that multiple Ligue 1 and Ligue 2 sides are interested in a deal to sign Versailles’ Kapit Djoco (27) this winter.

Last season, Versailles midfielder Djoco was a key part of the club’s run to the Coupe de France semi-final. The club eventually lost to Nice 2-0 to end their run, but not before Djoco had scored the goal against Toulouse that allows Versailles to reach the quarter-finals of the competition for the first time.

Thi season, he has been one of the standout players in the N1. In eight league matches, he has scored on five occasions and registered two assists. That form is attracting the attention of clubs higher up the French football pyramid. According to Aouna, clubs in Ligue 1 and in Ligue 2 are starting to “seriously consider buying him this winter.”

Whilst Versailles may be third in their division, they could be set to lose one of their most talented elements in the weeks to come.