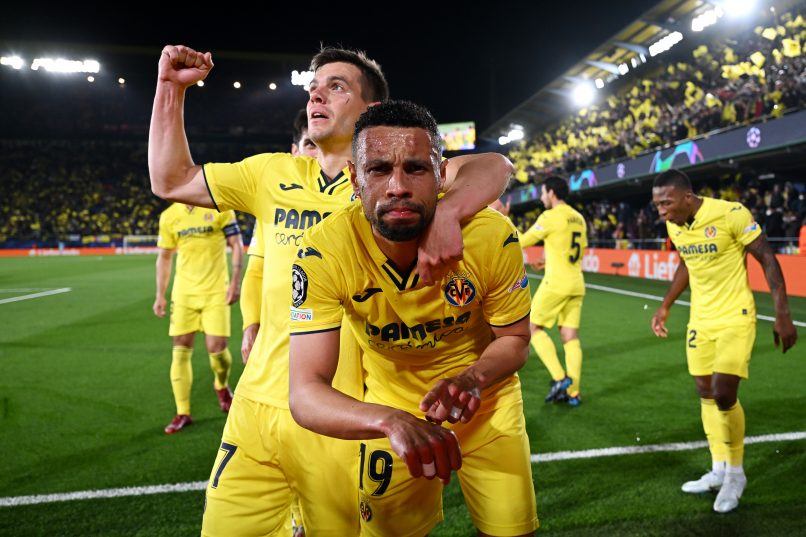 What a result for Villarreal – was it only you who believed?

No, to be honest, I believed. But it’s true that when you come off the back of a match like last week, we were a bit worried because we’d had so many chances. We did think, coming here, we might have regrets. But we came with a game plan. I think this match has nothing to do with the last leg. We defended a lot, it was hard, they put a lot of pressure on us. But we were expecting that sort of a match against Bayern at home. But I think the team showed resilience, we made a lot effort for one another. And now we’re going to take advantage. Going into a Champions League semi-final, that doesn’t happen everyday. And doing it with Villarreal is something special. It’s a club which has built a lot over the last few years, which has built a team to play in these sort of competitions. And now we’re in the semis and we’ll savour it.

When you arrived in 2020, did you ever imagine you’d be playing a Champions League semi-final?

I’ll tell you the truth – I knew they had an ambitious project when I came here. There was the Europa League, they had a coach with a lot of experience, who was won titles. So winning the Europa League last year, and now finding ourselves in the Champions League semi-finals, that shows the progress of the club. At the European level, it shows that we’re capable of going up against the biggest clubs.

How was it in the dressing room earlier?

It was mad, to be honest. As I said, when you look at the journey we’ve had, in the Round of 16 you beat Juve, in the quarters you beat Bayern. [You have to go all the way now?] Yeah of course we want to. We know there’s a huge match waiting for us in the semis, no matter who the opponent is. There are little hints in life – in 2006 Villarreal were in the semi-final, with the final to be played in the Stade de France. This year, it’s at the Stade de France. So we’re going to try to change the history and go to the Stade de France ourselves for the Champions League final. Why not.